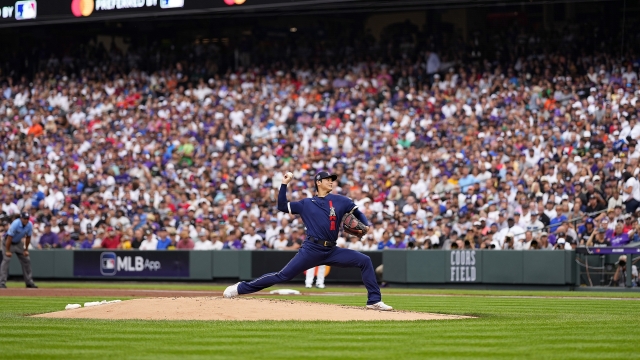 SMS
Why Is Major League Baseball Still In Its Lockout?
By Newsy Staff
By Newsy Staff
January 24, 2022
Owners and players have been deadlocked over a wide set of issues like TV money distribution, players' salaries and even game rules.

It's been almost two months since Major League Baseball began its first work stoppage in more than 25 years.

MLB owners locked players out after the collective bargaining agreement between the league’s owners and players union expired on Dec. 1. Even the earliest preseason training isn’t set to begin until mid-February, so there's still some time before this cuts into the season. But as of now, there’s no end in sight.

Owners and players have been deadlocked over a wide set of issues — how television money gets distributed, how much players get paid, how many teams should qualify for the playoffs, even some rules of the game have been on the table — and the two sides are really far apart.

In early December, the last negotiation session before the lockout lasted all of seven minutes because of how little common ground they could find. Negotiations then froze for over a month but picked up earlier in January.

The last work stoppage MLB had — a players strike in 1994 — has still left a mark on the game. It canceled the World Series for the first time in 90 years and temporarily sent the league’s attendance and revenues down.

The last few deals between owners and players have given owners the upper hand, as the league has earned more television revenue from expanding its playoffs and put tighter limits in place on how much teams can spend on players.

Owners are hoping that this time they can expand the playoffs further to bring in even more television money and otherwise largely maintain the status quo.

They worry spending limits lead to weaker competition. They allege that some teams are tanking, putting out a losing product on the field in the name of keeping costs down.

And the numbers might be on the players’ side. Only three MLB seasons have ever featured four teams losing at least 100 games. Two of those seasons came in 2019 and 2021 – the last two seasons where the league was able to play a full 162-game season.

Players who make it to MLB usually spend a few years in the minor leagues, where players often make less than minimum wage.

Once you start at the major-league level, your salary usually stays near the league minimum of $570,000 a year for the first three years of your career.

After that, players spend three more years in arbitration — they have to either agree on salary with their team or argue to a third party that they deserve more money, all while the team argues they don’t deserve as much of a raise.

If you make it through six years in the major leagues, only then can you hit free agency and choose where you want to play.

Players can still make millions of dollars but might be losing out on millions more from the open market. And they have a short window; most players retire before age 40, and a 2020 estimate by the players union found that the average MLB career was 3.71 years, down more than a full year from the average in 2003.

Players are asking for shorter paths to free agency, but it’ll be a tough sell to owners.

So what could these negotiations mean for fans? Depending on what proposals make it through, teams could have an easier path back to contending, fans might see more playoff games, potentially even more home runs if the two sides agree to expand the designated hitter rule to the National League.

But if these negotiations don’t end soon, it might mean missing out on games. Spring training is set to start later next month, and since teams need a few weeks to finish out the off-season, the two sides would need to come to a deal soon to avoid delaying or losing games. The regular season starts at the end of March. Considering the need for about a month total of prep, if there’s no deal by late February, meaningful games might be at risk.

And there are big monetary incentives here, too. Players don’t get paid if games don’t happen, and for owners, playing games and selling tickets — even to spring training — will be crucial. COVID led to each team missing over 100 games, and most teams restricted attendance in 2020 and part of 2021 due to public health measures.

There are no immediate signs the lockout is ending, but it marks the second time the two sides have met to discuss some of the core issues, which leaves the door open for progress. The two sides are expected to meet again Tuesday.

Latest in In The Loop 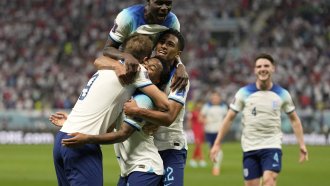 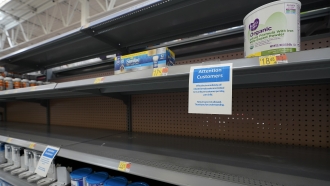