Why Indiana Women Are Telling Gov. Mike Pence About Their Periods 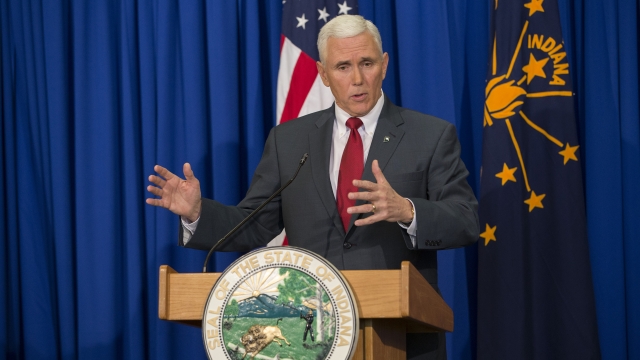 An anonymous Indiana mother wants women to tell Gov. Mike Pence about their periods in response to an abortion law that will go into effect July 1.

"We have lady bits, and we vote, and we're paying attention to what you think," the Periods for Pence creator said.

To do so, she's using social media. Between its Facebook and Twitter pages, Periods for Pence has more than 50,000 followers.

The movement is a response to an Indiana law passed in March that bans abortions performed because of a fetus' sex, race or possible disabilities. The law will go into effect July 1.

Periods for Pence's founder says she opposes the law's requirement that miscarried fetuses must be documented.

"If he wants to know this much about why we're choosing to terminate a pregnancy or if you miscarried ... maybe he just needs to know everything," she said.

Pence said the bill "is a comprehensive pro-life measure that affirms the value of all human life."

Pro-abortion rights groups filed a complaint against the legislation.

The Periods for Pence creator said, "It's a childish response because our government is trying to treat us like children."