Why Hydrogen Cars Won't Be Blowing Up Anytime Soon 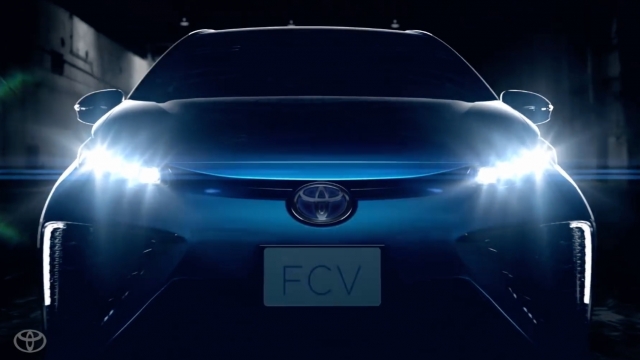 SMS
Why Hydrogen Cars Won't Be Blowing Up Anytime Soon
By Evan Thomas
By Evan Thomas
May 28, 2016
Hydrogen is an intriguing fuel source, but for now, it's not practical or cost-effective for most consumers.
SHOW TRANSCRIPT

Hydrogen isn't exactly scarce. It's the most common element in the universe, and we already know how to turn it into fuel. So if it's good enough for rockets, why isn't it good enough for our cars yet?

It's not a safety issue, despite what the Hindenburg disaster would lead you to believe.

Spokespeople for Toyota — which builds one of the only commercial hydrogen vehicles around — say the hydrogen cells are overbuilt to survive crashes and then some.

And in the event the tank is breached, the hydrogen is lighter than air and will just float away, which is safer than pooling near a hot engine, like gasoline fumes can.

But hydrogen cars aren't as environmentally friendly as the pure water coming out of their tailpipe might suggest. The cars themselves might not pollute, but refining hydrogen for fuel cells has a carbon cost that offsets most of the eco benefits.

In this way, one study found fuel-cell vehicles can be responsible for more carbon over their lifetime than their counterparts with combustion engines.

Hydrogen fuel is expensive, too. The last numbers from the Department of Energy show it costs nearly $14 for the hydrogen equivalent of a gallon of fuel. It's more than twice as costly per mile as gasoline engines, and five times as costly as some mainstream electric vehicles.

And hydrogen stations aren't nearly as widespread as those for gasoline or charging stations for electric vehicles.

The DoE lists 26 fueling stations across the entire country. If you want to drive a hydrogen car, you're basically stuck in southern California.

On top of that, there are three hydrogen vehicle models available for purchase worldwide right now.

Long story short: It might be futuristic and even promising, but hydrogen isn't ready yet. You might not see the carbon footprint behind the wheel, but it's still there. And today's economies of scale just haven't caught up. If you want a non-gasoline rush, you're still better off with an electric car.