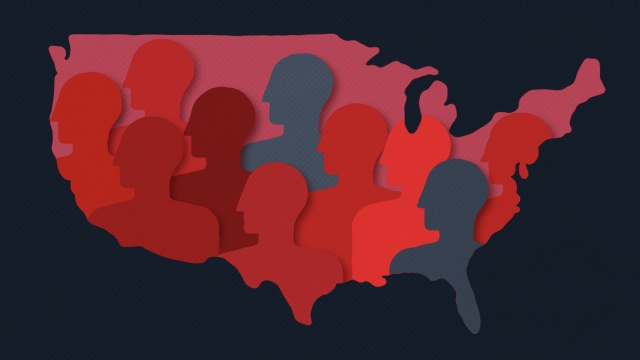 SMS
Why Herd Immunity Is A Risky Approach To COVID-19
By Cody LaGrow
By Cody LaGrow
May 28, 2020
COVID-19 is here to stay for a while. Experts say "getting it over with" through building up the population's immunity means putting others at risk.
SHOW TRANSCRIPT

Herd immunity — it's when a majority of a population becomes immune to an infectious disease. Depending on how contagious a virus is, this usually means 70-90% of people need to be immune to achieve herd immunity.

Typically, this is done through a vaccine or mass infection. The former can take months or even years. The latter could overwhelm hospitals and result in more deaths.

To get there, the most vulnerable populations are at a greater risk, which explains why achieving herd immunity is not that simple.

Herd immunity is sometimes touted as an easy fix to the coronavirus pandemic.

"We can't stay in our houses forever. We can't. That's true. So to me, the question is, how do we go out and still reduce our risk and be safe?" asked Amber D'Souza, PhD, a professor of epidemiology at Johns Hopkins University.

So why are some viewing herd immunity as a concept similar to ripping off the band-aid and getting it over with? D'Souza said we simply don't know enough to view it this way.

"We all want to get it over with. The problem is when public health works, it protects us from seeing the worst consequences. And then people say, 'Oh, it's not so bad.'"

It isn't until it is. Take a look at Sweden. The country had looser social restrictions during the pandemic in an effort to reach herd immunity — a move favored by the public.

Overall, it has more COVID-19 deaths than other Nordic countries. However, its fatalities per capita remain lower than the U.K., Spain, Italy and France.

The Swedish Public Health Agency released findings that showed only 7.3% of people in Stockholm developed antibodies. Despite that, Sweden's chief epidemiologist said Stockholm's immunity rate is likely "a little more than 20%" but "lower than 30%"

When compared to the U.S., which had stricter social distancing policies, Sweden saw higher deaths per million people.The biggest victims in Sweden: migrant communities and the elderly.

"As a population in the U.S., it's very unlikely that 10% of us have been exposed so far. It's likely much, much smaller than that. And you don't have herd immunity until you're 60-70% of your population," said D'Souza, reiterating how far we have to go to achieve herd immunity.

Without a vaccine, lower infection rates and greater access to testing, herd immunity is a concept that may never be achieved. Until then, D'Souza advised that we should all be in the business of risk reduction.

"This infection is here to live with us. It's pretty infectious. So, if we have these measures where we're able to socially isolate and bring down the infection rate — when we open back up, it will spread again, eventually."