Why Google Might Bring Android Wear To iOS Right Now 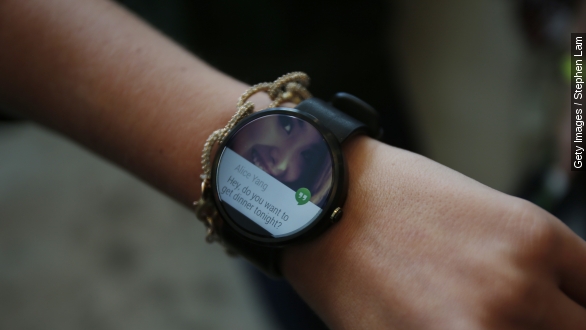 SMS
Why Google Might Bring Android Wear To iOS Right Now
By Evan Thomas
By Evan Thomas
April 10, 2015
Google is said to be preparing an app that would pair Android Wear devices to iPhones, right as Apple opens preorders for its own watch.
SHOW TRANSCRIPT

Insiders say Google is getting close to releasing an app that would pair Android Wear watches with iOS devices.

The Verge talked to “a source close to the development team,” who says the app will run Android Wear notifications, voice search, Google now cards and more through Apple’s phones.

But that’s assuming Apple lets it in. This would bring the two companies into more direct competition in the wearables space.

See this bit from Apple’s terms: “Apps or metadata that mentions the name of any other mobile platform will be rejected.”

So maybe it won't be called Android anything. But both camps could stand to gain from sharing the playground.

Getting onto iOS would open Android Wear to a new market of millions of device owners, who might find the pricing and variety of Android wearables more attractive than Apple’s options.

And as ReadWrite argues: “If iPhone users truly want to go for a less expensive wearable, they ought to be able to. And if the Apple Watch truly is the superior device, those cheapskates might realize their mistake before too long.”

Still, even if Apple decides to play nicely with Android Wear watches, there’s the more immediate question of, uh, timing. How much will Apple let a competing platform distract from the launch of the Apple watch?

After all, the Android Wear news broke just a day before Apple watch preorders went live - something a writer at iMore says was “surely no accident.”

Apple will start regular sales on April 24, about a month before Google’s I/O developer conference at the end of May.

A writer at Mashable says “That lets Google capitalize on the initial excitement for the watch, but also to take advantage of the one key feature it doesn't have: a low price.”

Pricing doesn’t seem to have slowed down Apple at all, though. AppleInsider reports supplies of its various watches were almost depleted half an hour after preorders started at midnight Friday.