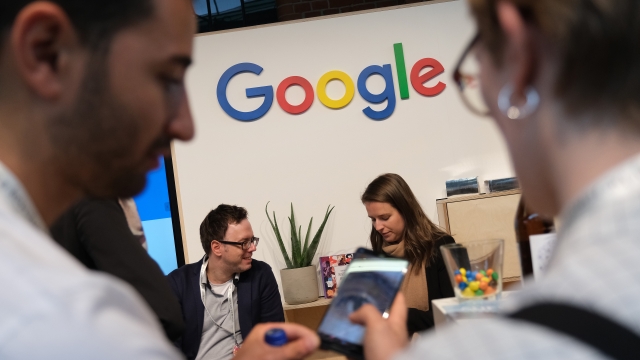 SMS
Tech Giants Face New Antitrust Investigation, This Time From State AGs
By Tyler Adkisson
By Tyler Adkisson
September 9, 2019
While most antitrust probes exist at the federal level, some of the most successful antitrust tech cases have had input from state attorneys general.
SHOW TRANSCRIPT

Attorneys general for 48 states, Washington DC and Puerto Rico plan to start their own antitrust investigation into the business practices of Google and other large tech companies. This will join several ongoing federal cases against big tech, which state AGs say aren't moving fast enough.

State attorneys want to know whether big tech's business models make it difficult for start-ups to thrive, if they throttle the quality or price of various web service for some users, and whether these companies harvest and sell invasive amounts of personal data.

Federal agencies are scrutinizing big tech for much of the same thing. Earlier in 2019, the House Judiciary Committee announced it would look into Google, Apple, Facebook and Amazon’s possible anticompetitive behavior. In July, the Justice Department started looking into just how internet giants got to be so big, and whether they did so by intentionally reducing competition.

And until now, these matters have been mostly run by federal agencies. The DOJ says it's coordinating with states on antitrust, but some attorneys general have said publicly that the federal government is moving too slowly for them, and that they could get more done in the meantime.

With that said, cooperation has worked before. In the 1990s, roughly 20 state attorneys general joined the DOJ in the landmark antitrust case against Microsoft, where they investigated whether Microsoft used Windows to snap up market share and prevent third-party software on its systems. The case was eventually settled, and Microsoft agreed to allow more outside software on its computers.