Why Foreign Policy Isn't A Bigger Issue In The Democratic Race 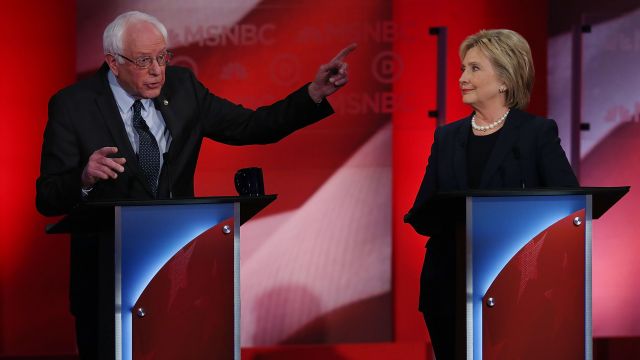 They don't do that too often. Foreign policy, while a mainstay of the Republican primary fight, hasn't gotten nearly as much attention in the Democratic race for president.

A couple of reasons for this: One, it's simply not as big of an issue for Democratic voters as it is for Republicans.

A recent NBC poll found just 16 percent of Democrats considered terrorism or foreign policy to be the nation’s most important issue.

As for Sanders, world affairs aren't a staple of his campaign, probably because his resume in the area is rather thin.

"Nobody knows who your foreign policy advisers are. You haven't given a major foreign policy speech. And it doesn't sound like all the time that foreign policy is a priority other than when you’re asked about it," Chuck Todd said during the MSNBC debate.

And then for Clinton, any discussion of foreign policy gives her critics the chance to point out that she's more interventionist than the typical Democratic primary voter.

She voted for the Iraq War, has backed strikes against the Syrian regime and endorsed the intervention in Libya.

Chances are, in the general election, foreign policy will be more of a focus — whoever the nominee is. A Washington Post-ABC poll in November found roughly 83 percent of registered voters believe a terrorist attack in the U.S. is likely.