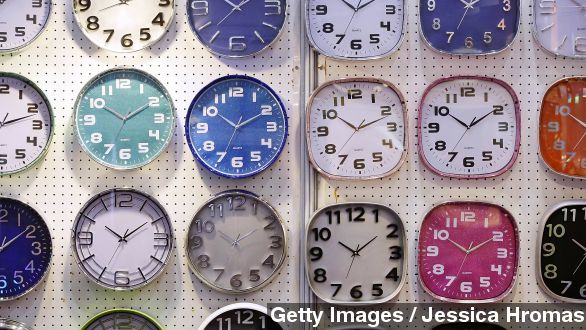 SMS
Why Farmers And Criminals Hate Daylight Saving Time
By Jill Ornitz
By Jill Ornitz
March 7, 2015
For most, daylight saving time is a chance to change their clocks and get more sunlight. But some have never been huge fans of the practice.
SHOW TRANSCRIPT

Consider this a friendly reminder to adjust your clocks this weekend so you don't wind up like these guys.

It's a concept that dates back to World War I. And at the time, supporters believed it would save energy. (Video via U.S. National Archives)

But a survey by the U.S. Department of Transportation in the 1970s concluded Americans only saved 1 percent on their electric bills during the spring and fall because of daylight saving.

And contrary to popular belief, farmers really didn't like daylight saving when it was first introduced and still don't like it to this day.

When daylight saving was first implemented in 1918, farmers were extremely opposed to having to turn back and forward their clocks because it disrupted their schedules and made it more difficult to get the most out of hired help.

Oh, and criminals don't care for daylight saving time either.

Research from the University of Virginia and College of William and Mary shows extra daylight makes it harder for thieves to sneak in and out in the cover of night, so evening crime rates actually decrease when we get more sunlight. Unfortunately, those rates climb back up when we lose the extra sunlight. (Video via Warner Bros. / "Tammy")

TV Networks also lose when it comes to daylight saving time. Nielsen ratings show during the first week of daylight saving time, viewership of even the most popular nighttime programming drops as much as 10 to 15 percent because viewers come home later.

But not everyone loses because of daylight saving time. Outdoor businesses like golf courses and gardening supply stores see an uptick in business because of extra sunlight.