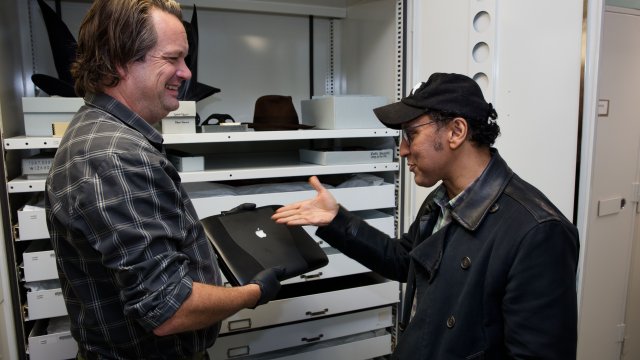 "This is from somebody writing to the secretary of the Smithsonian: 'This morning I learned via the radio news that Archie Bunker's chair was now ensconced in the Smithsonian Institution near George Washington's effects. How silly can you get?'"

Filled with more than 1.8 million objects — like Thomas Edison's phonograph, Dizzy Gillespie's trumpet and even Julia Child's entire kitchen — the Smithsonian National Museum of American History is sometimes called "America's attic."With so many artifacts, many of which aren't even on public display, we wondered: How do you decide what's important enough for the general public to learn about? And what's the point of preserving artifacts of entertainment?

That's Aasif Mandvi, actor, comedian and host of "Lost at the Smithsonian," a podcast that explores some of the pop culture artifacts of the National Museum of American History.The show highlights obvious icons like Dorothy's ruby red slippers from "The Wizard of Oz" and Archie Bunker's chair from "All in the Family," but it also highlights objects personal to Mandvi — like this laptop he handled on HBO's "Sex and the City." ["That's a 'sad Mac.' You 'sad Mac-ed.' You should've told me that before."] 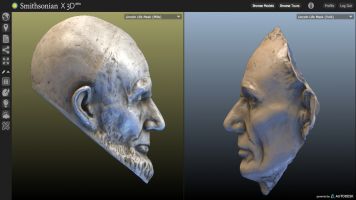 To some people, these objects from entertainment can seem trivial. But "Lost at the Smithsonian" argues that isn't the case. "The Wizard of Oz" represented the industry's technological shift from black and white film to Technicolor, "All in the Family" brought political commentary to sitcoms, and "Sex and the City" symbolized a new era of women's empowerment.

"Whether you're talking about political artifacts or entertainment artifacts — you know, whatever artifacts there are in different areas — just preserving artifacts of history is important because they just tell us where we came from, who we are in many ways, like what we cared about at particular times, and what the narrative of our human history is."

The podcast "Lost at the Smithsonian" is produced and distributed by the Scripps Washington Bureau and Stitcher. Both Stitcher and Newsy are owned by E.W. Scripps.