Why Does The Pill Require A Prescription In The U.S.? 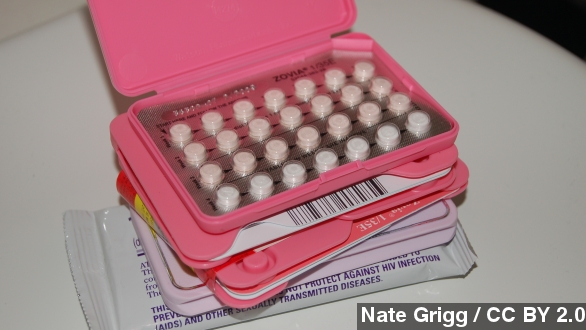 SMS
Why Does The Pill Require A Prescription In The U.S.?

By Madison Burke
October 9, 2014
The U.S. is in the global minority in requiring prescriptions for birth control pills.
SHOW TRANSCRIPT

A few political ads this campaign season raise a really interesting question: Why does birth control require a prescription in the U.S.?

CORY GARDNER, COLORADO CANDIDATE FOR SENATE (R): "I believe the pill ought to be available over the counter, round the clock without a prescription."

There are politics to the debate to be sure, but we were more curious about the underlying question.

As it turns out, worldwide, the U.S. is in the minority in requiring a prescription to get the pill. Only about a third of the world's countries limit access, including Canada, Australia and Japan. Countries like China, Russia, and Mexico offer the drugs over the counter.

So first — what's the rationale behind requiring a prescription?

Proponents say the pill can increase women's risk for blood clots, heart attacks and stroke, especially among smokers and older women. The thinking there is — under a physician's direction, those risks are mitigated.

But many over-the-counter drugs, like aspirin, which can cause stomach bleeding, also have potentially serious risks and don't require a prescription.

On top of that, critics of the current prescription-only system argue women can do the research and decide for themselves whether they're good candidates for birth control.

Critics like The American College of Obstetricians and Gynecologists, which says unplanned birth rates would likely go down in the U.S. if prescriptions were no longer required to get contraceptive pills.

In 2012 it found 60 percent of women not currently using contraceptives would begin using them if they became available over the counter.

And consider this: Sales of nicotine replacement therapies went up by 150 to 200 percent the first year they were offered without a prescription.

The Food and Drug Administration would have to approve any changes to oral contraception's prescription-required status. There aren't plans to do that yet, but as we mentioned earlier, there are a couple Republican candidates for Senate that are calling for it to happen.

Cynics will say that's a move to skirt Obamacare requirements that insurance companies completely cover the cost of birth control.

Or as two Health Affairs writers put it, "replace one barrier (ease of access) with another (cost)."

And that's why proponents of change in general say — in order to really improve access to oral contraceptives — both have to happen: Over the counter status as well as preserving the requirement insurance companies cover the cost.