Why Do Whales Beach Themselves? Scientists Have A Few Theories 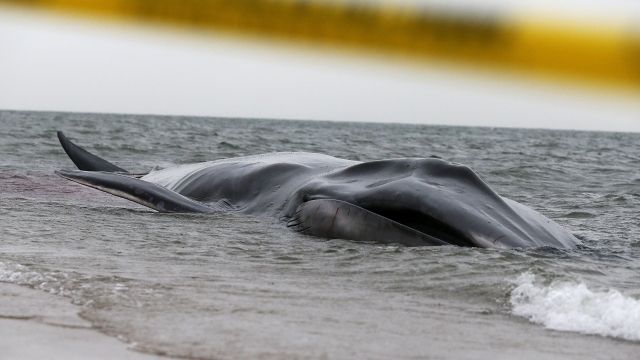 SMS
Why Do Whales Beach Themselves? Scientists Have A Few Theories
By Ethan Weston
By Ethan Weston
February 12, 2017
Theories on why whales beach themselves range from human sonar activity to the animal's own social behaviors.
SHOW TRANSCRIPT

Hundreds of pilot whales managed to return to the water after being stranded on a New Zealand beach.

About 416 whales were stranded Friday; many got free but were then restranded. Hundreds of whales died. It was the third largest mass stranding in New Zealand history.

But how do whales and dolphins — who are naturally expert navigators — end up getting beached?

Individual animals will strand themselves for simple reasons, including illness, injury and old age.

But mass strandings — like those in New Zealand — are a bit more mysterious.

Humans might have a hand in some whale strandings. Loud sonar can cause them to flee and beach themselves.

But other factors could play a role as well. Whales and dolphins are, for the most part, social creatures. And some species follow a leader, which could lead them to shore.

Environmental factors could also be to blame. Scientists think changes in the Earth's magnetic field could disorient them. And red tides — poisonous red algae blooms — might have been responsible for stranding over 300 whales in Chile in 2015.