Why Do We Wear Wedding Rings? 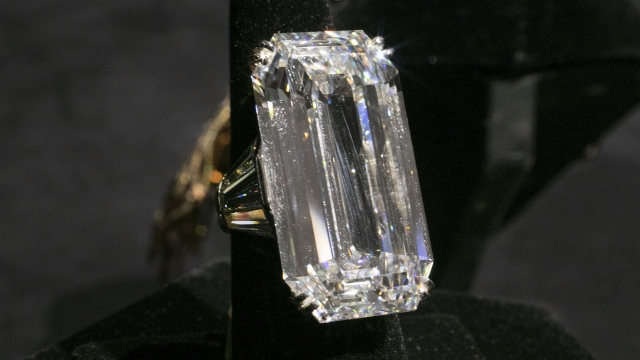 Where did the tradition of wearing wedding rings come from?

If you liked it, then you should have put a ring on it. We all know the words of Beyoncé. But where did this tradition come from?

Contrary to what your newly engaged friend might want you to think, they did not invent the wedding ring.

Like a lot of old traditions, the exact history of wedding rings is murky. But one belief dates back to ancient Egypt. Egyptian pharaohs believed rings symbolized eternity, because of their circular shape, with no beginning and no end. Egyptians also believed in the "Vena Amoris" or the "vein of love." They thought a vein in the fourth finger on the left hand connected directly to the heart. That's why it's still common to wear a wedding ring on that finger.

When Alexander the Great conquered Egypt, Greeks adopted the tradition of gifting a ring to show devotion. The tradition carried on when the Romans conquered the Greeks. Some accounts say the Romans viewed the ring as a symbol of a husband's ownership over his bride as opposed to a sign of love.

As time went on, the types of rings and motifs shifted. Rings became more popular in the West during World War II. Men going off to fight gave them to their wives-to-be, as a promise to wed when they returned. During this time, more men started wearing rings, too. Men wore them while deployed, to remind them of their spouse back home.

For many years, rings had different types of stones. In 1947, the diamond company De Beers helped popularize a diamond ring thanks to its famous slogan.

The marketing strategy popularized diamond rings for wedding and engagement bands. According to a survey from The Knot 86% of engagement rings in the U.S. include a diamond center stone today, and the average ring costs $6,000.

That might be just a little more than ancient Egyptians planned on spending.