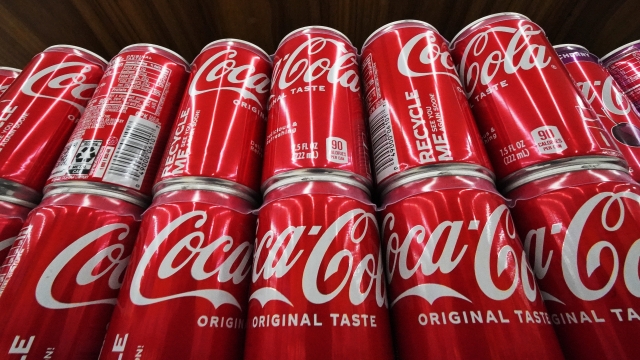 Depending on where you live you might call soda something different, but why are there different words for it?

The refreshing taste of a cold glass of soda, pop or coke. They are all common names for that sweet carbonated beverage. But why do we have so many names for the same drink? Let’s sip on it.

The term "soda" derives from sodium. That’s because there are sodium salts in carbonated water — which is the foundation for modern-day soda. The origins behind the term pop are a bit fuzzy. The first account may come from English poet Robert Southey. In 1812 he wrote a letter to his wife telling her about a drink "called pop, because pop goes the cork when it is drawn, and pop you would go off if you drank too much of it."

The term "coke" is short for "Coca-Cola" the first glass was sold in 1886 in Atlanta. And the shortened version of its name soon became synonymous for any soft drink.

According to data from popvssoda.com, soda is the favorite term for the northeast, most of Florida, California and some parts of the midwest. In most of the midwest and west, "pop" is most popular. And in the south, "Coke" is what you’ll hear most — even when it’s not Coca-Cola. Faygo beverages company, headquartered in Detroit, started marketing its soft drink as "pop" in the early 1900s. That could explain why that term is still the favorite in the midwest.

Coca-Cola has been headquartered in Atlanta for over 130 years, which explains why the term "coke" dominates down south.

A few other terms still get some play, including "tonic." A number of people in Massachusetts still say "tonic" when they want to order soda, pop or coke — whatever you call it, cheers.