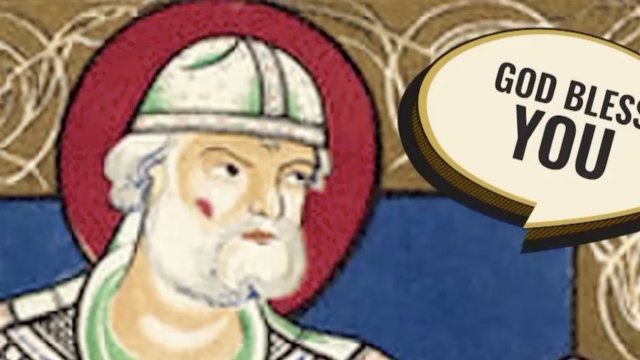 We can’t pinpoint exactly where the “god bless you”  response to sneezing started, but there are some theories.

A long time ago, people used to think that it wasn’t just snot leaving your nose when you sneezed. They thought your soul escaped too.

And they thought saying “god bless you” was the least they could do to help out.

Another theory involves the Vatican.

In the sixth century a plague wiped out many in Europe.

It’s said Pope Gregory the First decreed that when you heard someone sneeze you should shout out blessings to protect them.

It’s possible we started saying god bless you during the bubonic plague, because sneezing was a sign that you might be sick with it.

One doctor told the New York Times that it’s become “an utterance without specific meaning other than a response to a sneeze that is polite in some way.”

If you don't need help from a higher power after a sneeze, consider some alternatives from our friends abroad.

In German they say “gesundheit," and in Spanish-speaking countries they say “salud” after a sneeze, which translates roughly to a wishing of good health.