Why Do We Have An Appendix? 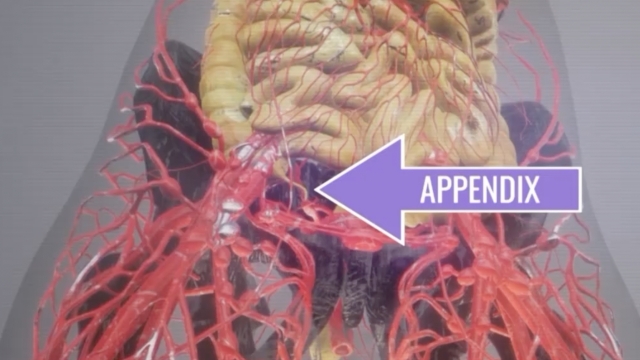 When it comes to flying under the radar, the appendix is in the running for the top spot.

Sure, you know you have it.

But what does it actually do?

And why do we have one?

Your appendix is the small tube attached to your large intestine.

There's a general agreement it might be a left-over organ that stuck around as humans evolved.

It doesn't get a lot of credit because you can have it removed it without a big fuss.

But don't discount it so easily.

It could help with your digestion.

In a 2007 study researchers from Duke University said it helps store good microbes or bacteria that help us digest food.

These good bacteria leave our body sometimes from diseases; then our appendix releases more of them.

Other research gives the appendix credit for strengthening our bodies immunity.

The appendix has lymphoid cells which help the body fight off infections.

Some research has shown that people without their appendix are more likely to have severe illnesses if they become infected with a germ known as clostridiom difficile. But in general doctors recommend getting rid of your appendix if it becomes diseased.

There's no 100% acceptance of exactly what role the appendix serves, but it's likely not as useless as we may have been taught.