Why Do Politicians Plagiarize? 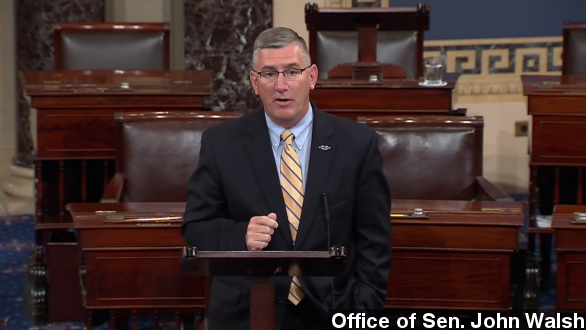 SMS
Why Do Politicians Plagiarize?
By Jake Godin
By Jake Godin
October 11, 2014
Montana Sen. John Walsh is the latest political subject of a plagiarism scandal, but he's not the first. Why do politicians plagiarize so often?
SHOW TRANSCRIPT

Montana Democratic Senator John Walsh become the most recent in a long line of politicians hit by plagiarism scandals when his alma mater recently announced it was revoking his master's degree.

But a master's degree wasn't the only thing Walsh lost in light of the scandal. Not long after it was initially reported, the Senator announced an end to his re-election campaign. (Video via Office of Sen. John Walsh)

Politicians of course have a long, sordid history with plagiarism. But they don't seem to be learning from others' mistakes.

Joe Biden's presidential campaign in 1987 was marred by multiple reports that, during a debate, he had used lines from a Welsh politician's speech made in the U.K. earlier that year.

NEIL KINNOCK: "Why am I the first Kinnock in a thousand generations to be able to get to university? Why is Glaiddis the first woman in her family..."

More recently, Kentucky Senator Rand Paul was in the media spotlight for plagiarizing parts of one of his own speeches and portions of a column he wrote for The Washington Times.

Former Massachusetts Senator Scott Brown, President Obama, former president John F. Kennedy, even Russian president Vladimir Putin — all have at some point been caught plagiarizing in some form or another.

So, why is this so commonplace among politicians? If academics or journalists face harsh consequences such as being fired or ostracized, why are politicians often able get away with it?

Evan Osnos of the The New Yorker asked that very question shortly after the discovery of Walsh's plagiarism. Along with politicians facing dwindling consequences from plagiarizing, he gives two possible reasons:

"One is habit: they routinely deliver impassioned speeches written by staff, and ardent talking points e-mailed by party committees. ... Another explanation is that political speech, unlike regular communication, is rewarded for staying within prescribed boundaries rather than venturing creatively."

Getting philosophical, Adam Weinstein of Fortress America argues politics is plagiarism, with politicians rehashing versions of the same lines over and over again to win American voters to their side. Either way, it keeps happening.