Why Do Democratic Candidates Agree More Than Their GOP Counterparts? 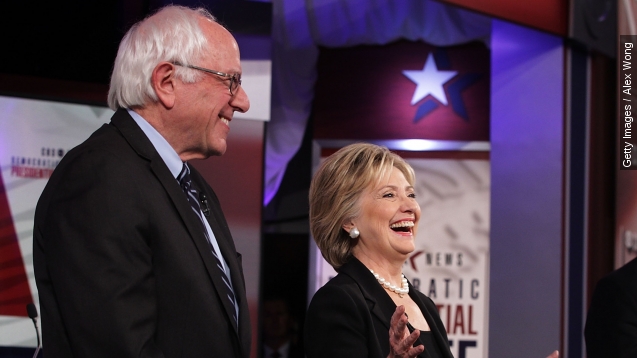 During CBS's Democratic presidential debate, candidates talked over each other to ... agree with one another. (Video via CBS)

That cut a sharp contrast with their Republican counterparts, who have openly argued during their debates. (Video via Fox News)

This speaks to the divides, or lack thereof within their respective parties.

The GOP has the Tea Party: A strong far-right faction that brought some candidates, like Rand Paul, to prominence. (Video via CNN)

The divide between the far right and the Republican mainstream played a role in driving out former Speaker of the House John Boehner, and showed itself in the so-called Freedom Caucus after he resigned. (Video via C-SPAN)

If GOP candidates move too far to the right to try to court those voters, they could scare away independents, or even moderate Republicans in a national election.

There isn't really a comparable split in the Democratic party, which means a Democratic candidate might avoid that problem. (Video via Democratic National Convention)