Why Do Candidates Have To Say 'I Approve This Message' In Ads? 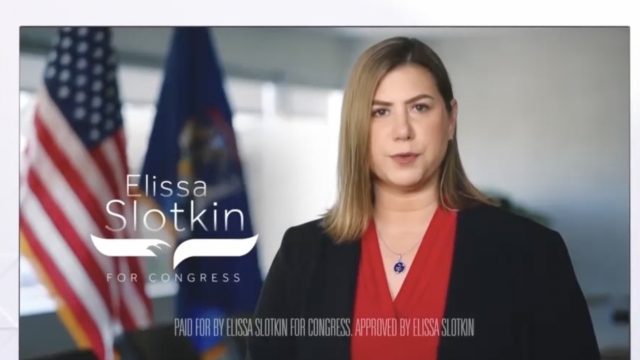 As political season approaches you've probably heard "I approve this message." But why do candidates have to say that?

During political season you'll hear a lot of this: "I'm Blake Masters, and I approve this message."

By now you've heard it a lot. But why do candidates have to say that? It's actually the law. It was part of the Bipartisan Campaign Reform Act of 2002. It requires candidates for federal office to identify themselves and state that they approve of the message in their advertisements.

Midterm elections are underway, and with them come political ads that aren't always true. Why is that allowed?

The law has some detailed specifics and the Federal Election Commission even has examples from fictional candidates on its Youtube page.

"I am Jackie Henson, a candidate for the House of Representatives, and I approve this advertisement," said Henson. The disclaimer has to be at the end of the ad, must appear for at least four seconds, and the text has to be readable.

If a committee or organization pays for an ad that is not approved by the candidate, then it must identify itself.

The History Of Campaign Financing

How do candidates finance their increasingly expensive election campaigns?

A 1999 "Stand By Your Ad" provision in North Carolina's general assembly inspired the federal law. Lawmakers thought the requirement would cut back on negative ads. They believed a candidate would be less inclined to slander their opponent if they had to attach their name to the mudslinging. But that hasn't been the case. According to the Wesleyan Media Project negative ads increased in the election cycles after Congress passed the law. In fact, research from the University of California, Berkeley shows that a disclaimer stamp of approval can enhance a candidate's credibility with voters — even in negative ads. Meanwhile, the explosion of the internet and social media also transformed the original thinking behind the law. Political ads online do not have to follow the same rules. For now that means you'll only get that stamp of approval on radio and TV — from candidates seeking your vote and standing by their message.