Why Are The Kilauea And Fuego Volcano Eruptions So Different? 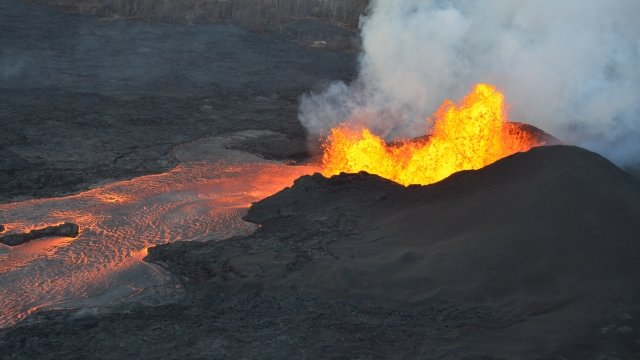 At the same time, dangerous eruptions were still ongoing at Hawaii's Kilauea volcano. The spike in activity there started more than a month ago, but the volcano hasn't caused any deaths.

So why are the two eruptions so different? A lot of it comes down to speed.

Some of the biggest dangers from Kilauea include volcanic gas and lava, which destroys everything in its path but typically moves pretty slowly.

The dangers from Fuego are very different. That volcano caused pyroclastic flows, which are essentially avalanches of gas, rock, lava and ash that can move at 50 mph or faster.

Another key difference is the area around each volcano. Kilauea is in a national park, so not a lot of people live in the immediate vicinity. The area around Fuego is more densely populated.