Why Companies Try To Merge Even When Approval Looks Unlikely 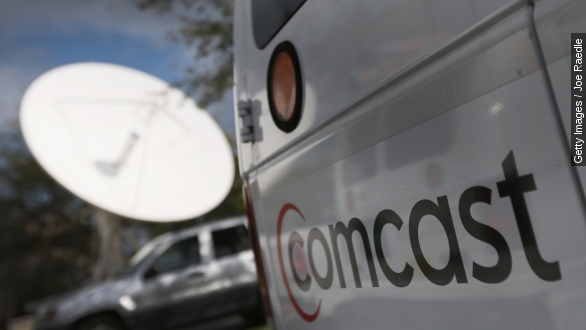 SMS
Why Companies Try To Merge Even When Approval Looks Unlikely
By Cliff Judy
By Cliff Judy
April 25, 2015
From the beginning, the Comcast-Time Warner Cable proposed merger appeared to have too many obstacles to overcome. So why sink so much money into it?
SHOW TRANSCRIPT

Why Corporations Go For Mergers Even When Approval Looks Unlikely.

For more than a year, the two largest cable companies in the U.S. spent a lot of money trying to convince lawmakers, regulators and the public the deal was a good thing for customers — something they ultimately failed to do.

From the beginning, the companies had to fight off widespread lampooning of the merger as a monopoly, both from legitimate news sources ...

"Comcast and Time Warner are all, 'No, it's not. There's no monopoly here. It'll be fine!'" RT's Lori Harfenist said.

And from the decidedly more satirical.

"We've read your comments and complaints and we know that a lot of you are nervous about our merger with Time Warner Cable," Funny or Die's actor said. "So I wanted to talk to you today and let you know that no matter what happens ... we don't give a [expletive] about you."

That's not terribly difficult criticism to predict, and neither was the pushback from competitors and consumer advocates. So why spend so much money trying to push through a deal that's not only not guaranteed, but looked primed to get shot down by regulators from the start?

The deal would have given the new company nearly 30 percent of the U.S. pay television market, and more importantly, 60 percent of the country's high-speed Internet customers. (Video via Comcast)

The New York Times reports the two companies spent a combined $30.9 million on lobbying and campaign contributions last year and during the 2014 election cycle.

Comcast appears to have either completely misread the landscape of what regulators would be willing to approve or trusted that dogged determination and experience from past mergers could push this deal through.

The Times' Eric Lipton writes lawmakers weren't willing to back the deal out of antitrust concerns and "miserable" customer service ratings.

Some told Lipton, "Comcast was so convinced in the early stages that the deal would be approved that it was dismissing concerns about the transaction, or simply taking the conversation in a different direction when asked about them."

Another proposed merger that instantly drew criticism and regulators ultimately moved to block was AT&T's attempted buyout of T-Mobile in 2011. That failed deal reportedly cost the nation's No. 2 wireless carrier $4 billion, but the rewards of forming a new No. 1 carrier if it had worked would've been undeniable. (Video via AT&T and T-Mobile)

A federal judge's injunction shut down an Office Depot-Staples merger in 1997 over worries the new company could raise prices on customers. But given today's vastly changed market due to competitors like Amazon and Wal-Mart, it's not hard to see why Office Depot and Staples announced in February they'd try again.

So maybe a major cable company acquisition isn't out of the question. Maybe one of the players learned something here. Charter Communications has already announced interest in making its own bid for Time Warner Cable.

This video includes an image from Getty Images and music by Christian Bjoerklund / CC by NC SA 3.0.