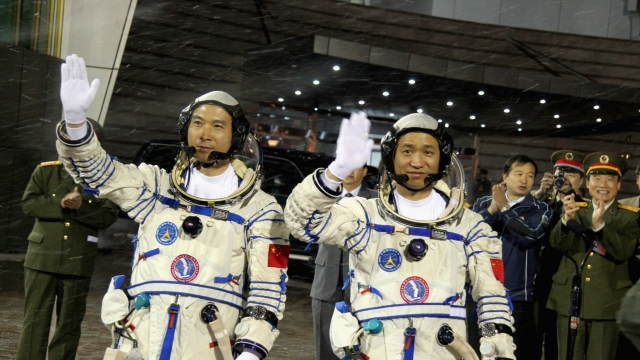 SMS
Why The US And Russia Can Share A Space Station — But China Can't
By Evan Thomas
By Evan Thomas
September 24, 2016
Laws that ban China from cooperating with NASA stem from concerns over national security and human rights abuses.
SHOW TRANSCRIPT

China's astronauts aren't allowed aboard the International Space Station, even though it's one of just three countries that runs its own manned space program.

This is because parts of a 2011 law prohibit NASA from using any of its funds for cooperative projects with China.

When he wrote the law, then U.S. Rep. Frank Wolf of Virginia cited concerns over national security and industrial espionage — and also pointed to China's human rights abuses.

Wolf retired at the end of his term in 2015, but that ban and that mentality stuck. Various government reports since the law went into effect have claimed China's space activity is a threat to U.S. political and military security.

It can seem a bit hypocritical, considering the U.S. was running joint space missions with Russia in the middle of the Cold War. That cooperation has continued: The two nations led the effort to build and run the International Space Station.

And scientists who work with China have criticized the ban as unethical.

The president and the next NASA administrator would have to work with Congress to repeal the law. There's no definite timeline, but current NASA head Charles Bolden seems optimistic.

In the meantime, China is pushing ahead with its own space program. It's worked with space agencies in Russia and Europe on research for eventual Mars missions, and it just launched a second space station of its own.