Why China Is Reassuring Africa It Isn't Selling Human Meat 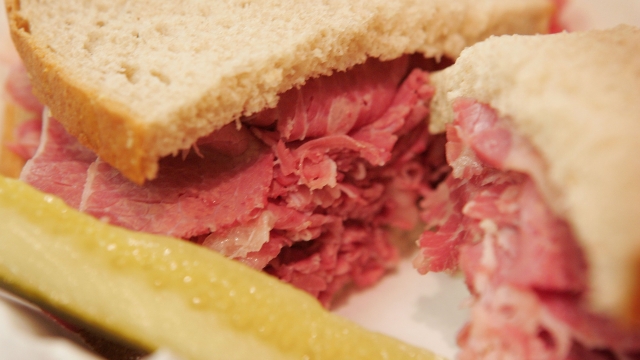 China affirmed the corned beef it sells in Africa has zero human flesh in it.

China says it is not, in fact, selling cans of human flesh in Africa.

That clarification came after reports circulated in tabloids in Zambia that the country was sending over human meat to be sold in African supermarkets.

The reports seem to originate from a Facebook post that claimed China "started producing corned beef with their dead bodies." It also shared a couple photos as evidence.

But it looks like two of those photos came from an art installation in London from 2012. The faux-human meat shop was a promotion for the video game "Resident Evil 6."

So the claim doesn't seem to have any truth to it, but whoever posted the story seems to have gotten under the skin of at least one Chinese official.

The Chinese ambassador to Zambia said, "This is completely a malicious slandering and vilification which is absolutely unacceptable to us." He is also calling for an official investigation into the source of the rumor.