Why Candidates Sweat The Room Temperature In TV Debates 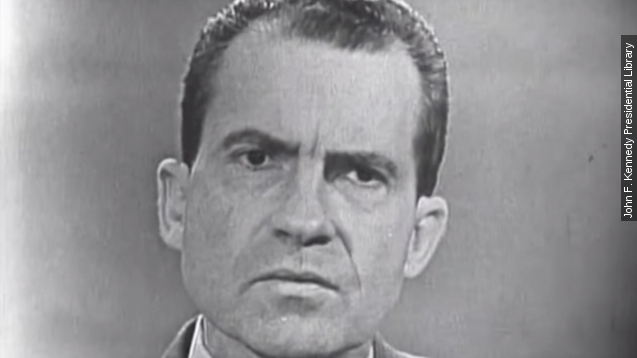 Room temperature made the GOP candidates' list of requests for the next debate. That might seem petty, but it's often an important factor on TV.

Way down on a list of, let's call them requests, in a draft letter from Republican presidential campaigns to potential debate hosts is this: "Can you pledge that the temperature in the hall be kept below 67 degrees?"

That might seem petty, but in televised debates, the temperature can be super important.

While, at the time, opinions were actually mixed over who "won" the debate, the image of Nixon sweating has endured, and a sweaty legacy is something the current candidates likely want to avoid.

"Gov. Crist has asked to have a fan, a small fan, placed underneath his podium," WFOR's Eliott Rodriguez explained during a debate.

More recently, a debate in Florida's gubernatorial race last year was held up by a dispute over a fan, with Florida Gov. Rick Scott reluctant to take part because opponent Charlie Crist had one and he didn't.

And there's one candidate in particular who could be sweating the temperature. (Video via ABC)

We all know Marco Rubio is a thirsty guy, but opponent Donald Trump has made a point of talking about how much Rubio sweats.

"Speaking of Rubio, he's the one who sweats the most, he's the youngest, but I have never seen any human being sweat like that," Trump told Bloomberg.

So future debate moderators should probably keep an eye on the thermostat.