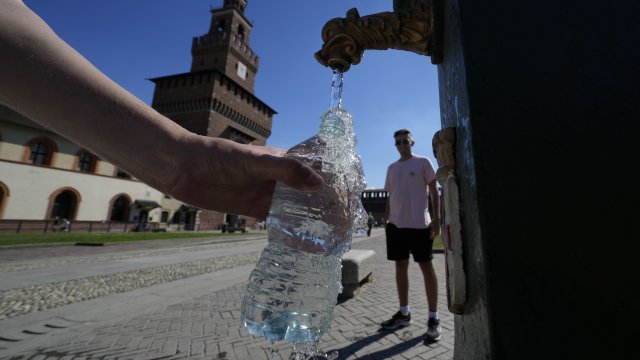 Plastic: It’s in our phones, wallets, beauty products, our food and air, and even our bodies.

And if it feels like it’s nearly impossible to avoid, that’s because as of 2015, the world has produced nearly eight billion tons of plastic.

That’s 2,000 pounds of plastic for every person on Earth, according to a study in Our World in Data.

According to a study from the University of California, Santa Barbara -- of all the plastic that exists today, almost half has been manufactured just since 2000.

Around the world, people buy one million plastic bottles every minute.

Americans use an average of 365 plastic bags every year, collectively sip from half a billion plastic straws every day, and tossed 54 billion pounds of plastic into the garbage In 2018 alone.

And scientist Molly Morse says every year, up to 23 million metric tons of waste makes its way into our water.

Why can't we quit our plastic habit?