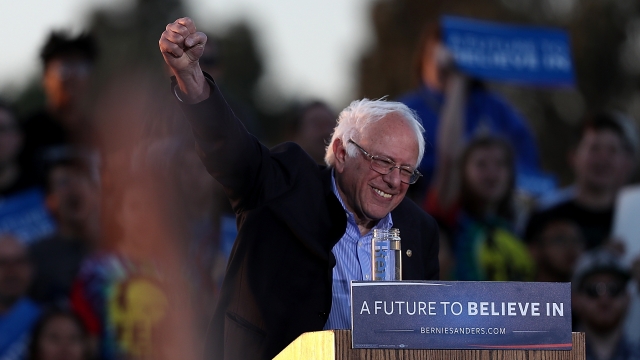 Bernie Sanders may have lost the race for the Democratic nomination, but out of everyone who played the game this primary season, he's actually the big winner. Don't worry, I'll explain.

On Friday, the Democratic Party released a draft of its 2016 platform, representing what the party will fight for until the next presidential cycle. Of course, it can change — it's only a draft, after all — but it's chock-full of ideas from Hillary Clinton's primary challenger.

There are some familiar themes in here — fighting climate change, protecting voting rights, reining in Wall Street — but it's clearly more progressive than anyone expected before Sanders entered the race.

SEE MORE: "This Is Why Sanders Is Voting For Clinton But Staying In The Race"

Planks like raising the minimum wage to $15 an hour and calling for a complete end of the death penalty have Sanders' fingerprints all over them. His stumping on these policies made it almost impossible for them to be ignored.

Sanders' ability to bring in big crowds and set fundraising records forced the DNC and Clinton to embrace a more left-leaning identity — and now his candidacy has led to what's likely the most progressive platform in the party's history.

But he's not likely to sign off on it yet. Instead, he'll probably keep fighting for the party to get even closer to his ideals right up until the platform is approved on the convention floor.

But a party platform that closely resembles Sanders' own is a huge win despite his primary loss. It's like having all the party influence that a nominee can have without all the extra gray hair that comes with being president.

This video includes clips from Bernie 2016, Democratic National Committee, PBS and Fight for 15.