Why Attack Paris, And Why Now? 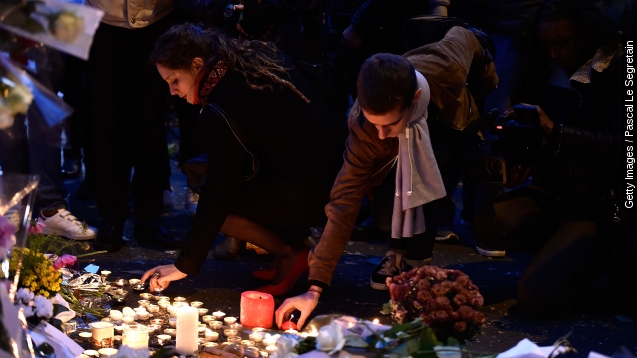 SMS
Why Attack Paris, And Why Now?
By Evan Thomas
By Evan Thomas
November 14, 2015
ISIS says the attacks in Paris were retaliation for French military activity.
SHOW TRANSCRIPT

The death toll from this weekend's Paris attacks stands at 129 people so far. It's the deadliest bout of violence France has seen since World War II.

The Islamic State has claimed responsibility for the attacks and says there was a reason it targeted the city.

"A group of believers from the soldiers of the Caliphate (may Allah strengthen and support it) set out targeting the capital of prostitution and vice, the lead carrier of the cross in Europe-Paris," said an ISIS spokesperson.

ISIS calls its attacks retaliation for numerous offenses, including French airstrikes against its so-called caliphate.

France started striking ISIS targets in Iraq in 2014 and then in Syria in September 2015. (Video via France 24)

They explain France is geographically convenient and, right up until it tightened its security after these attacks, had a very porous border.

And part of the problem comes from within. France's U.N. representative says despite a reporting system intended to push back against radicalization of citizens, nearly 1,700 residents or citizens are already thought to be "implicated in the Iraqi-Syrian track."

Radio Free Europe estimates there are now 18 ISIS fighters per million French citizens, one of the highest proportions in the Western world.