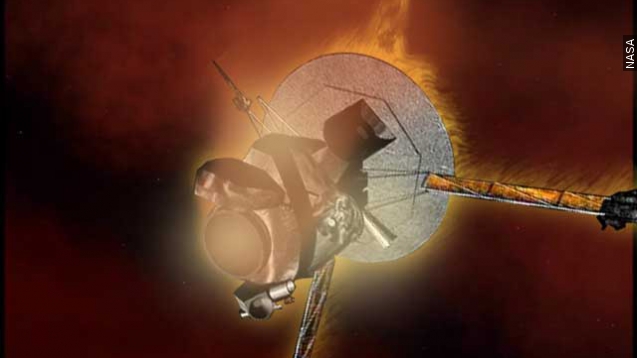 Why do so many space probes crash-land?

That's not an unusual ending for a spacecraft. Galileo did the same thing, ending its eight-year orbit of Jupiter by spiraling down to be destroyed in the gas giant's atmosphere. (Video via NASA)

"It's actually not a completely silly thing to do," Angela Speck said.

Angela Speck is director of astronomy at the University of Missouri and worked on the Rosetta mission. She says a crash-landing is often the last chance to get data from a probe. (Video via European Space Agency)

"We're at this point where Rosetta's done what it can. If it crashes into the comet, it will cause stuff to come up, and we'll learn more about the comet," Speck said.

Sending a spacecraft crashing into something is often the whole point. The LCROSS mission carried out back-to-back impacts in 2009 that helped scientists find water ice on the moon. (Video via NASA)

Rosetta wouldn't even be the first time a spacecraft has bombarded a comet.

"With Deep Impact, not only was there a satellite around it that was observing what came up, but we had Hubble looking at it and a whole bunch of other telescopes that allow us to then collect information on that surface material that you can't do while it's in the surface," Speck said. (Video via NASA)

Crashes can also be good housekeeping. If Galileo had been left to drift, it might've ended up on Europa, possibly contaminating one of the most promising places for alien life in our solar system. The Cassini spacecraft, which has been sending back incredible images of Saturn's watery moon Enceladus, will be crashed into Saturn for the same reason. (Video via NASA)

Other times, the crash is just the inevitable end, like when the Messenger probe self-destructed on Mercury after using up its fuel. A ton of lunar probes, like the GRAIL orbiters, have met the same fate. (Video via NASA)

Of course, it's always nice when the inevitable can be put to good use.

"We can do this one last thing that'll give us a bunch of information. Why not?" Speck said.