Why Are Political Outsiders Running For Office? 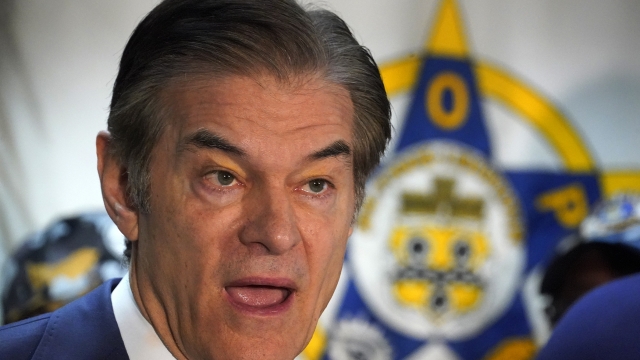 As midterms are approaching, more political outsiders are starting to run for office, but why?

Throughout history, unlikely candidates have moved from the sidelines, to the forefront of American politics.

These Washington newcomers are often dubbed "political outsiders." They're candidates who typically have little or no national political experience. With wit, an appealing message and campaign-savvy, outsiders have drawn public support for centuries. They use tactics like catchy slogans, "Together, we will 'Make America Great Again,'" said Donald Trump.

And relatable stories like the one of Alexandria Ocasio-Cortez, who said "women like me aren't supposed to run for office. I wasn't born to a wealthy or powerful family." Pulling at the heart strings of voters.

A thread of distrust in the "establishment," some researchers say, fuels the outsider.

According to the Pew Research Center, confidence that the government will do the "right" thing began to erode in the 1960s, following former President Lyndon B. Johnson's decision to escalate the Vietnam War. That decline continued through former President Richard Nixon's Watergate scandal.

Americans regained confidence as the economy recovered under Washington outsider Ronald Reagan. It reached a three-decade high in the 90s, with the economic success of the Bill Clinton administration.

The second round of abortion allegations against Walker returned the issue to the forefront of the campaign in the final two weeks before elections.

But, since 2007, trust in the government hasn't surpassed 30%. This year reached a near historic low at 20%. The country's faith in career bureaucrats has also waned. Pew found confidence in career government workers dropped 9% over the last four years.

And as the right and the left struggle to find middle ground on key issues, discord between parties has swelled. Pew data showed growing shares of Republicans and Democrats describing the opposing party as close-minded, dishonest, immoral and unintelligent. Researchers at the University of Chicago said polarized times like these are a gateway for political outsiders.

Following President Trump's victory in 2016, Democrats pulled off a string of upsets to gain the House majority in 2018 — with an arsenal of political newcomers, including military veterans, businesswomen, and physicians coming out on top. History is repeating itself in the upcoming elections, with a field loaded with outsiders. From former athletes, "if you want it bad enough, you work for it, you can get it," said Hershel Walker,  to authors, "I'm here to tell ya, we need a new politics for a new generation," said JD Vance, and even a daytime television host, "we lost too many lives, too many jobs, and too many opportunities because Washington got it wrong," said Mehmet Oz.

Right now, the polls have shown no clear and faraway favorites. But, if the past is any indication, this year's midterms could bring a host of outsiders inside the beltway.