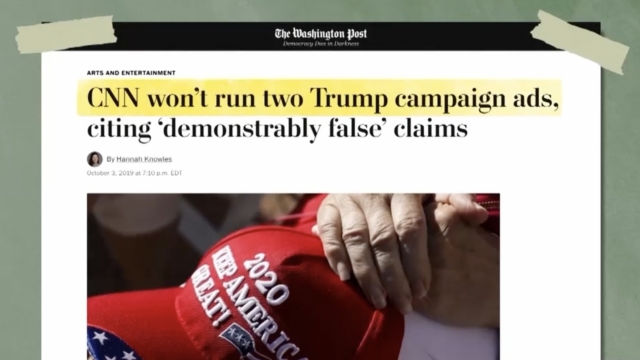 Midterm elections are underway, and with them come political ads that aren't always true. Why is that allowed?

Lies in political ads are common. There are entire news segments dedicated to investigating what's true and what's not. But are candidates allowed to be dishonest in ads?

David Oxenford is a broadcast and digital media lawyer.

"Can candidates lie in political ads? That really depends on how you look at it," said Oxenford.

That's because political speech is protected under the First Amendment. Oxenford said that when it comes to a candidate-sponsored ad, the law is clear.

"The Communications Act section 315 says that the broadcasters cannot censor content from a candidate ad," he said.

But this specific law only applies to over-the-air broadcast networks — think Newsy, NBC, ABC and CBS. Because these networks must run candidate ads, they're not liable for falsehoods in them. That falls on the candidates themselves. A candidate could sue his or her opponent and claim defamation from a false ad.

But don't count on that preventing misleading information.

"It is very rare that candidates end up suing other candidates for messages contained in candidate advertising," said Oxenford.

The rules are different for third-party ads, sponsored by political action committees or other outside groups. Broadcast networks can review and reject those ads if they believe the content is too objectionable. Cable networks can reject those ads and candidate ads too. It's something CNN did for a Donald Trump spot in 2020. But most commercials do air, which puts fact-checking responsibility on you.

"The consumer definitely has to be aware. They need to do their own research about what's behind those ads," said Oxenford.

Remember — when it comes to political ads, not everything you see on TV is totally true.

Why Do Candidates Have To Say 'I Approve This Message' In Ads?

As political season approaches you've probably heard "I approve this message." But why do candidates have to say that?