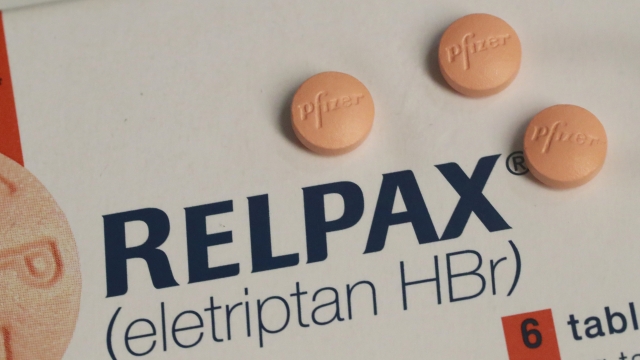 Migraines are more than an average headache for people like Lisa Simeone.

"I get tugging right at the base of my skull," said Simeone. "If I don't get on my medication or do something right away, it'll start to come over the top of my head and start to manifest itself over my entire head and sometimes behind my eyes and my ears."

She’s not alone. Nearly 40 million Americans battle the condition, according to the American Migraine Foundation.

Researchers believe migraine attacks begin deep in the brain stem, when communication between nerves is disrupted. These disruptions can signal migraine symptoms, like fatigue and headache, which can manifest anywhere in the head. The condition is recognized by the American Migraine Foundation as a neurological disease that's oftentimes debilitating.

"Day and night, you go to bed with it, you wake up with it, you toss and turn all night with it. You just know when you get to that point, it is a consistent and long-term pain that could go up to 10 and stay there for days," said Simeone.

A study done by The Lancet on the clinical and economic impact of diseases ranks migraine as the third most common disease in the world. And despite knowing how many people migraine affects, figuring out how it’s triggered is deeply individual.

That was until she met Dr. Brad Torphy, lead doctor at the Chicago Headache Center and Research Institute on the city’s north side.

This is where Lisa said she found her saving grace.

The American Migraine Foundation lists 10 top migraine triggers. Among them are stress — a trigger for almost 70% of migraine sufferers — and irregular sleep patterns, with nearly half of all migraine incidents happening between 4 and 9 a.m.

And hormone fluctuations in estrogen lead to women being impacted by migraine at rates three times higher than men.

Karamo Brown spoke with Newsy about his experience with migraines.

"I know there's been times where I've been on the court, literally in the middle of a grand slam, and I have a migraine," said tennis star Serena Williams.

"I just feel like I can’t really do anything, and I need to lay down with all the lights out," said gymnastics champion Aly Raisman.

Migraines have plagued some of the world’s strongest women. But, the disease carries a stigma.

"Migraines were largely thought of as a disease of women who were hysterical, just neurotic female disease," said Torphy.

And researchers say this stigma, historically dubbed as a "women’s disease," creates a barrier to care.

"I think migraine actually represents one of the best examples that I can think of, of what has really been the chauvinism of the medical community for many, many years," said Torphy.

The misunderstanding of migraine is what those like Lisa Simeone say can, in part, restrict sufferers from living a full life.

Dr. Torphy believes providers are taking steps toward solutions, with new sights set on breaking down barriers, including racial diversity.

FDA Approves Another Migraine Drug That Might Not Cost A Lot...For Now

An analysis in "Headache: The Journal of Head and Face Pain" found just 47% of Black migraine patients reach a diagnosis – compared to 70% of White patients.

It's an issue Dr. Torphy believes starts with clinical trials.

"When I'm reviewing, let's say if I'm talking to a group of physicians about a clinical trial for a migraine drug, and I say, 'As we review the clinical trial data, as you can see, 80 to 90% of the patients were White females.' And that doesn't reflect our patient population," said Torphy.

It’s a blind spot the FDA realized went beyond the study of migraine. The agency released guidance in 2020 aimed at improving representation in clinical trials. It’s an effort Dr. Torphy says will make for more inclusive studies on drugs and begin to bridge the gap between the medical system and under-served communities.