Why Are Governors Busing Migrants? 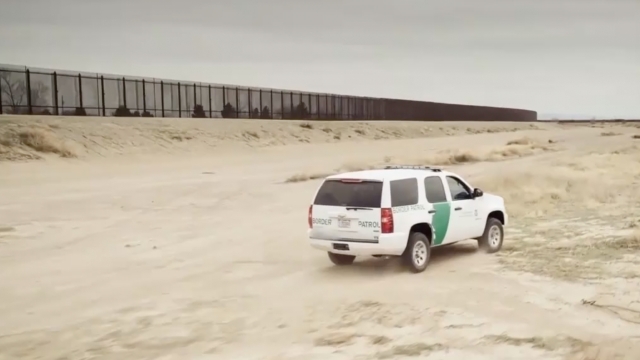 Republican governors are accused of busing migrants up north to Democratic led cities as a tactic to blame President Biden for an immigration issue.

A bold immigration move is taking an issue at the border to voters elsewhere ahead of election day.

Republican governors have sent well over 10,000 migrants from the southwest border to Democratic-led cities up north by bus.

The tactic began in April under Texas Governor Greg Abbott.

"They themselves have been putting these migrants on buses to San Antonio. So I said I got a better idea, let's continue the ride all the way to Washington, D.C.," said Abbott.

Arizona Governor Doug Ducey followed weeks later with what he said was in response to "little action or assistance from the federal government."

Florida Governor Ron DeSantis upped the ante in September with flights of about 50 migrants from San Antonio to Martha's Vineyard in Massachusetts.

"What we're doing is not the ultimate solution, I think it's opening people's eyes to the solution," said DeSantis.

Caught in the cross-hairs of all the movement are migrants, some of whom say the Florida governor misled them.

"They said that when we arrived we would have shelter, work, food and a card with money on it and that was all a lie," said one of the migrants.

That's an allegation Newsy has not been able to confirm and that Republican state leaders have denied. But the move struck a legal chord, with lawsuits against the governor and a criminal investigation launched in Texas.

"Somebody came from out of state and preyed upon these people,"said Javier Salazar, the Bexar County Sheriff.

The decisions from Republican leaders are drawing pushback from the White House.

The Republican governors blame the Biden administration for a record number of immigration arrests, totaling over two million this fiscal year.

Immigrant workers are at the center of a multibillion-dollar disaster recovery industry helping clean up after Hurricane Ian.

The White House disputes there's a crisis at the border and attests that it is working to address the root causes of migration in Central America. People from Mexico, Guatemala, El Salvador and Honduras make up most of those apprehended. But officials are seeing a major spike in migrants from Venezuela, Nicaragua and Cuba.

Unlike the others the U.S. doesn't have diplomatic ties with these communist-led nations, so there's no way to turn migrants around and send them back.

"The ability to send them back to those states is not rational. You could send them back and have them wait, we're working with Mexico and other countries to see if we can stop the flow. But that's the difference," said President Joe Biden.

Republican governors say sanctuary cities like Chicago, New York and Washington D.C. have the resources and infrastructure to help handle the influx of people coming into the country.

"Obviously it's expensive if people are coming here, it taxes social services and all these other things.  Every community in America should be sharing in the burdens and shouldn't all fall on a handful of red states," said Governor DeSantis.

But that plan has left cities like New York declaring a state of emergency and now turning to tent camps to temporarily house migrants.

"Thousands of asylum seekers have been bused into NYC and simply dropped off without notice, coordination or care. This crisis is not of our own making, but one that will affect everyone in this city," said New York Mayor Eric Adams.

D.C.'s mayor declared a public health emergency over the busing of migrants and has twice, unsuccessfully, requested support from the National Guard. The democratic mayors accuse the Republican governors of not coordinating the migrants' arrival and treatment. Governor Abbott's office says those cities had not contacted them.

Despite the controversy, polling from Monmoth University shows immigration is a top issue among Republican voters nationwide.

And in Texas, just over half of likely voters Quinnipiac University surveyed said they approve of Governor Abbott's actions.

Support is not lost on GOP politicians who are on the ballot in November. Yet beyond the midterms lies the future of over 10,000 migrants, with an asylum-seeking process under increased pressure.