Why Are Flood Insurance Rates Going Up? 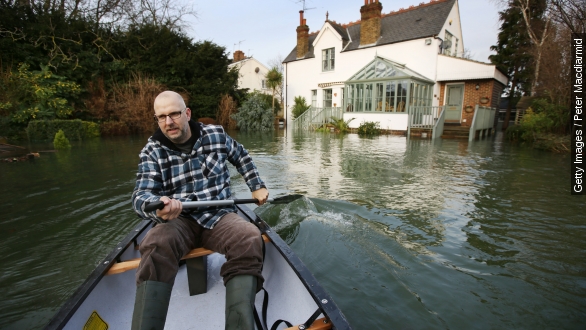 The National Flood Insurance Program, used to help homeowners recover from damaging floodwaters, is billions of dollars in debt.

This is partially from expensive recovery efforts after hurricanes including Katrina and Sandy.

As a result, beginning April 1 of this year, some U.S. homeowners living in high-risk areas will see as much as a 25 percent hike in rates for policy premiums — this in an effort to gain back funds for the flood program.

But as Eli Lehrer, a conservative policy analyst who helped Congress draft the rate increase told NPR, the price increase won’t make much of a dent for quite a while.

“The program still has enough built-in subsidies that it will be another decade at least before we can even have a hope of bringing all or almost all rates to actuarial soundness.”

Although FEMA maps indicate flood-prone zones all over the country, many are not high-risk.

Because of this, the premium increase will only affect a small percentage of homeowners, most will just be required to pay the $250 annual surcharge.

Not considering the price increase, on average, flood insurance runs about $650 a year.