Here's Why September Is The Most Important Month For Fashion Magazines 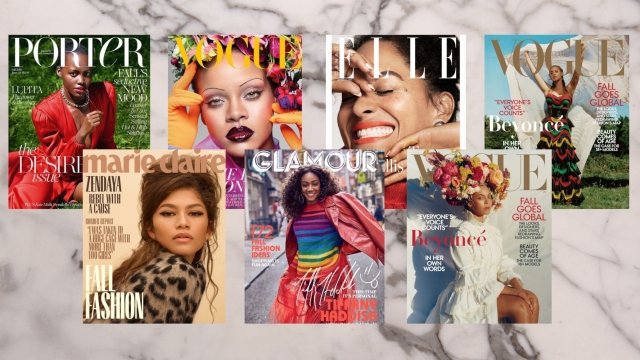 January may be the first month on the calendar, but for a lot of people, the start of September might as well be the start of the new year.

People switch out their swimsuits and sandals for sweaters and boots. Students pack up for the new school year, and fashion magazines publish their biggest issues of the year.

That's because September is the start of a new fashion season, when brands come out with collections for the autumn and winter, and consumers start crafting their new wardrobes.

Because of this, the September issues are filled with advertisements and extensive photo spreads, making them physically huge — like, more than four pounds in weight huge.

To really sell the magazine and its ads, it's what's on the outside that counts. September Issue covers are reportedly organized six to eight months in advance, and they typically feature high-profile stars like Lady Gaga or Beyoncé.

This year, the latter illustrious star will grace the cover of Vogue's September Issue, and she chose 23-year-old Tyler Mitchell as her photographer. He's the first African-American photographer to ever shoot the magazine's cover.

Because of the high-profile nature of the upcoming issue, rumors are swirling that Anna Wintour — fashion icon and Vogue's editor-in-chief since 1988 — will use it as a platform to announce she's stepping down.

Despite the buzz, the CEO of Condé Nast said Wintour is integral to the company and isn't leaving any time soon.