Countries Are Competing To Lure Scientists Away From The US 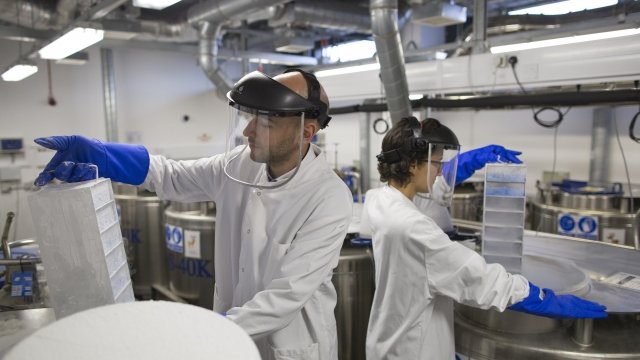 SMS
Countries Are Competing To Lure Scientists Away From The US

By Tyler Adkisson
August 2, 2017
In the past few months, France, Germany, Canada and the U.K. have all announced initiatives to hire scientists from beyond their borders.
SHOW TRANSCRIPT

In the past few months, France, Germany, Canada and the United Kingdom have announced multimillion-dollar plans to recruit foreign scientists. But why are these countries looking abroad rather than at home?

Countries like Germany and the U.K. are seeing labor shortages in science, technology, engineering and mathematics fields. One German government website even says scientists and IT specialists are "urgently needed."

But for other countries, the reasoning seems political. Some scientists think those governments are using the campaigns as PR stunts to divert talent from scientific world powers like the U.S. and to be perceived as science-friendly.

Take France's "Make Our Planet Great Again" initiative. It not only takes a jab at U.S. President Donald Trump's "Make America Great Again" campaign, it specifically cites his climate policies as the inspiration for the program.

And that helped draw applicants' eyes. French officials told Nature "applications continue to come in every hour," many of them from the U.S.

But some French scientists have criticized the 60 million euro ($71 million) program, which comes in the midst of budget cuts. The government proposed cutting 331 million euros ($393 million) from the Ministry of Education and Research just weeks after announcing its international initiative. 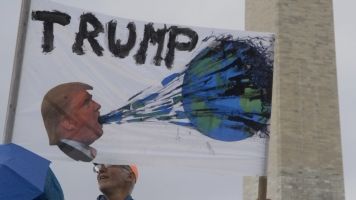 France isn't alone in that criticism, though, as the Canadian government's program also came under fire for being more about PR than science. In an opinion piece, one Canadian professor called his country's initiative "purely political" and "part of Justin Trudeau's plan to showcase Canada internationally as a welcoming place."

The professor also noted there's no evidence the best candidates would apply for the job and that the $117.6 million ($93 million) for the project could've funded "250 or more" professorships for young Canadian scholars.

And many scientists are concerned that the U.K.'s 100 million pound ($132 million) plan to hire scientists might flop because of the xenophobic themes surrounding Brexit. A survey from a student recruitment consultancy shows up to a third of international students said they reconsidered studying in England after the vote.