Why Apple, Facebook Are Paying To Freeze Women's Eggs 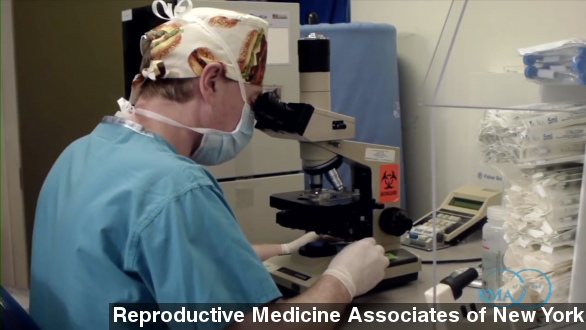 SMS
Why Apple, Facebook Are Paying To Freeze Women's Eggs

By Sebastian Martinez
October 14, 2014
Apple and Facebook will now cover egg freezing for female employees. What does this actually mean?
SHOW TRANSCRIPT

So the news that Facebook and Apple are offering egg-freezing services for their employees has only recently broken, and already there's speculation about what it means.

There's no speculation, however, about what the services look like — up to $20,000 in coverage for the pricey procedure, which allows women to freeze eggs and preserve them for future fertilization. (Video via Reproductive Medicine Associates of New York)

NBC reported the story and said the latest in a long list of Silicon Valley perks could be a ploy to attract women to the notoriously male-dominated field. It paraphrased a fertility specialist from the Pacific Fertility Center named Dr. Chenette who suggested, "Covering egg freezing can be viewed as a type of 'payback' for women's commitment."

"Once you land the job and man you want, you can have your frozen eggs shipped to your fertility clinic, hand him a semen collection cup and be on your way to parenthood. You mitigate the risk of birth defects by using younger eggs, and you can carry a baby well into middle age."

In that context it's easy to see why high-powered companies like Facebook and Apple would want to offer that option to the equally high-powered, career-oriented women they hope to attract.

But there's another way to look at it. The Atlantic points out the egg-freezing option could be a sign of the times. As more and more women have their eggs frozen, "you could also read it as a sign that egg-freezing has reached a kind of cultural normalcy."

And The Atlantic also pointed to another possibility, that it's just the latest in a long-running competition among tech companies to offer more extensive employee benefits than competitors.

The lavish benefits of Silicon Valley are well-documented, with Google as one example. It offers perks such as nap pods, wide-ranging and free meal options, and recreational spaces, among others. (Video via CBS)

Whatever the actual motivation, NBC reports Facebook has already started offering egg-freezing, and Apple is set to start doing so in January.