Why Apple's Record Quarter Is Bumming Out Investors 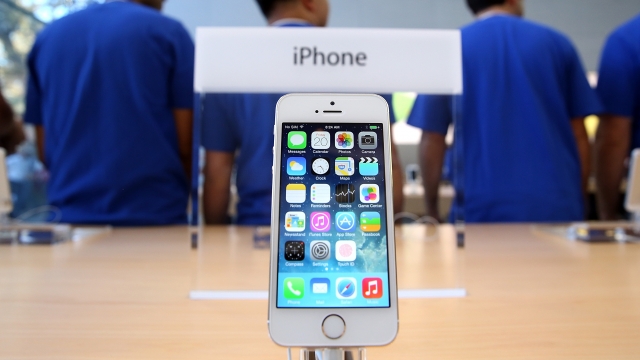 Apple reported record quarterly revenue of $75.9 billion and record quarterly net income of $18.4 billion for its first quarter in 2016. The company also said it sold more iPhones in those three months than ever before. (Video via Apple)

But that didn't seem to make investors happy. Mostly because it appears the iGiant's growth could finally be slowing.

iPad sales have been falling for a while now, and the company's newest member of the family, the iPad Pro, doesn't seem to have helped.

Mac sales have actually been holding somewhat steady — but steady tends to mean that the platform isn't making any huge leaps in sales.

And then there's the company's beloved iPhone, which makes up something like 68 percent of the company's overall revenue for Q1. Those sales are roughly the same as they were in the same quarter last year.

Which means despite the record iPhone sales, the product might not be selling as well as it used to — something Wall Street doesn't like to think about. But that's not to say 74.5 million iPhones isn't a lot — it's a whole lot.

"To put that volume into perspective, it's an average of over 34,000 iPhones an hour, 24 hours a day, seven days a week for 13 straight weeks," said Apple CEO Tim Cook.

And this is a premium product we're talking about here, meaning it's not cheap. If iPhone sales are slowing now, the company could have a harder time getting by in the future. (Video via Apple)

"As the market for smartphones gets more and more saturated, Chinese demand is waning. And Apple has always been a company about huge margins and huge sales, and so are they going to ride this pony forever?" asks Marketplace's Molly Wood.

Let's also not forget that Apple's newest darling, the Apple Watch, is tied to the iPhone. (Video via Apple)

We're still not really sure how well the watch has sold, but we know its success depends on the iPhone continuing to be a must-have in a crowded smartphone market.