Why Anderson Silva's Positive Drug Test Is So Damaging 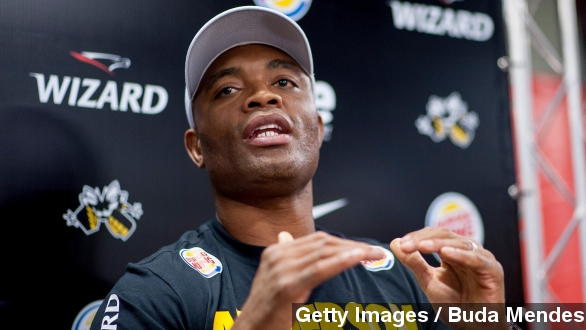 SMS
Why Anderson Silva's Positive Drug Test Is So Damaging

An asterisk has been put on the legacy of one of the best fighters in mixed martial arts history after he tested positive for illegal substances.

It's bad enough that two elite Ultimate Fighting Championship fighters flunked their drug tests and were still able to fight, but Silva's situation is much more dire. (Video via YouTube / Anderson Silva)

Silva's legacy in the pantheon of mixed martial arts fighters has long been a topic of discussion. Here's why his positive drug test is so significant.

Some would argue the UFC has a drug problem. Bleacher Report points to the league's long history of its fighters failing drug tests — fighters like Royce Gracie, Ken Shamrock and Chael Sonnen.

"I knew I had done something wrong, and I knew, you know, the test would show that," UFC fighter Jon Jones said.

But Silva has been held in high regard for the entirety of his career and has never tested positive for drugs.

"This guy is known as the greatest fighter of all time. ... Anderson Silva was looked at as perhaps maybe this guy that's, you know, would never get caught up in something like that. He's just too pure," ESPN's Brett Okamoto said.

Unfortunately, his results are more damning than those of Jones and Diaz because Silva is accused of using performance enhancing substances.

As Sports Illustrated's Jeff Wagenheim tweeted, "One guy broke a rule, the other cheated."

Silva has been an outspoken supporter of strong punishments for steroid usage, suggesting if a fighter tests positive for steroids, that fighter should be banned from the octagon.

UFC fans will also see this as bad timing for the 39-year-old Silva. His win against Diaz was his first match since December 2013 when he suffered a gruesome leg injury, prompting others to say Silva's career was over. (Video via YouTube / Anderson Silva)

Silva has said he has never taken taken steroids. He and Diaz both face fines and temporary suspensions when the athletic commission in Nevada convenes February 17.