Why All These Post-Cannes Oscars Predictions Are A Bad Idea 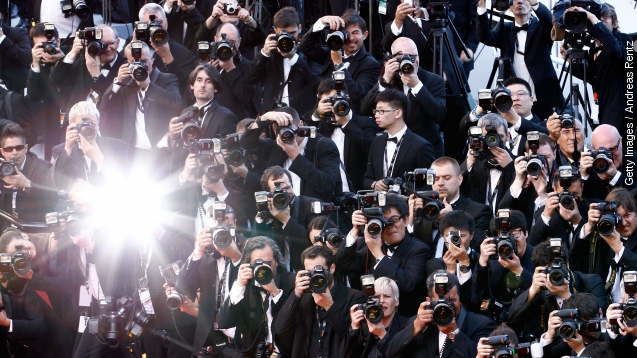 SMS
Why All These Post-Cannes Oscars Predictions Are A Bad Idea
By Karen Rodriguez
By Karen Rodriguez
May 27, 2015
It seems like everyone is already making Oscars predictions just days after the Cannes Film Festival wrapped up. And they're pretty much never right.
SHOW TRANSCRIPT

And the Oscar goes to! Wait, the Oscars are a year away ...

“It’s much heavier than I imagined.” (Video via The Academy of Motion Picture Arts and Sciences)

The 68th annual Cannes Film Festival wrapped up on Sunday, and media outlets are making Oscar predictions. In May. A year before the big award show. Again.

“Carol,” a 1950s drama reminiscent of “Brokeback Mountain,” has many media outlets handing out Oscar noms to Cate Blanchett and Rooney Mara. (Video via The Weinstein Company / "Carol")

Variety called the love story between Blanchett and Mara's characters the “biggest Oscar contender to debut at this year’s festival.”

And Indiewire made lists of Oscar “predictions” with Blanchett and Mara listed as “best bet” and “strong contenders.” But in the end, they highlighted the fact they “really know nothing.”

Now, all of this early hullabaloo isn’t anything new. Last year, the drama “Foxcatcher” started the Oscar rumor mill, with Steve Carell and Channing Tatum in the front seats. (Video via Sony Pictures Classic / "Foxcatcher")

The film was nominated for five Oscars, but took home zero this year. SNUBBED! Am I right?

“Some of you asked why did I leave Hollywood?” (Video via The Weinstein Company / "Grace of Monaco")

And after the 2013 Cannes trailer premiere, outlets swore “Grace of Monaco” would wipe the Oscars clean with multiple noms. But once the film was shown in its entirety at Cannes the following year, it became clear it wouldn’t be taking home any golden statues after all. Way to jump the gun on that one.

Let’s also not forget “Moonrise Kingdom,” which made a splash at Cannes in 2012 for its charm, but scored just one Oscar nom and no win.

Still, we have to hand it to those predictors who admit defeat, like one Rope of Silicon writer who said, “Last year, only two of the nine films I predicted out of the gates actually ended up receiving Best Picture nominations at the 2015 Oscars.”

But sometimes a shot in the dark hits the bullseye. Eh, more than once.

Like in 2012 when “Amour” was the talk of Cannes after it won the Palme D’Or — the highest award at the festival — and later took home the Best Foreign Language picture at the Academy Awards.

And the very successful 2011 silent film “The Artist” had media outlets saying “I told you so” when it won five out of the ten Oscars it was nominated for, including picture of the year.

(Video via The Weinstein Company / "The Artist")

So yeah, we think it’s safe to say that Oscar predictions after Cannes is as reliable as betting black on roulette. But ...

“The biggest night in entertainment.” (Video via WALA)

(Video via The Academy of Motion Picture Arts and Sciences)

Okay, we guess we understand. So may your predictions be ever in your favor.