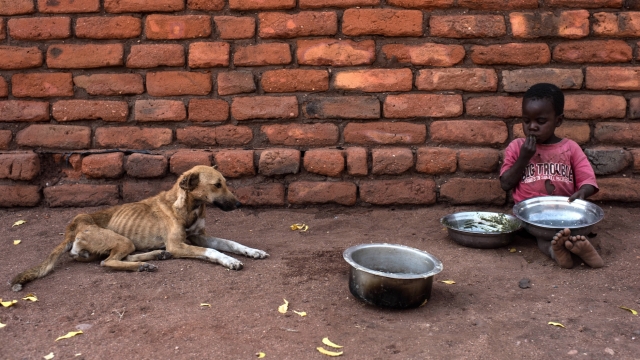 Currently, several African countries are in danger of going through drought or famine.

Drought and famine are about more than weather or starvation. These devastations are often highly political.

Many of the countries that experience these crises go through them over and over again.

We're seeing this now with Somalia — and countries nearby are in danger of the same thing.

But because governments are typically the ones to declare the crisis, support from the global community often comes too late.

A heated conflict can create holes in aid and pretty much ruin the economy — that's what happened in Somalia.

In Ethiopia, experts blame a repeating cycle of famine on the authoritarian regime.

The problem is, lasting solutions aren't being enacted to change the repetitive history.

Backing and funding local farmers could help. It would not only help the local economy, but offer a sustainable way to provide food for more people than aid alone.

Nigerians Are Dying Of Hunger, And The World Is Ignoring Them

Attacks by the terrorist group Boko Haram are preventing aid from reaching the starving people who need it.

Another idea is joining and purchasing insurance through the African Union.

But one of the biggest issues is that there's not an international organization to keep watch and be the first to call a drought or famine.

With climate change, droughts will happen more often. But a global effort could help.