Why A Chicago Little League Team Forfeited Its U.S. Title 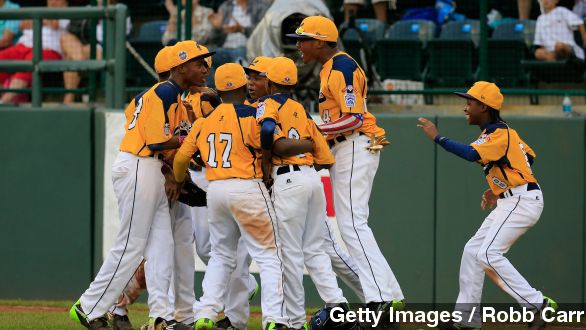 Tearing down one of the more inspirational sports stories of the year, Chicago's Jackie Robinson West Little League team has been stripped of its Little League regional and U.S. title.

"Make some noise for our boys!" said a supporter.

The inquiry began with a neighboring south suburban league official from Evergreen Park Athletic Association, or EPAA, filing a formal complaint with Little League International. He told DNAinfo Chicago that the former Little League champs were up 43-2 after four innings of play during the sectional playoffs.

An EPAA official gathered information to prove that Jackie Robinson West put together a "super-team" and eventually presented that information to Little League International. The league began its own investigation Jan. 31.

Stephen Keener, the CEO of Little league International said of the decision: "What these players accomplished on the field and the memories and lessons they have learned during the Little League World Series tournament is something the kids can be proud of, but it is unfortunate that the actions of adults have led to this outcome. ... As painful as this is, we feel it a necessary decision to maintain the integrity of the Little League program."

Darold Bulter, the team's manager, has been suspended, and the Little League District 4 administrator, Michael Kelly, who oversees that area for Little League International, has been removed from the position.