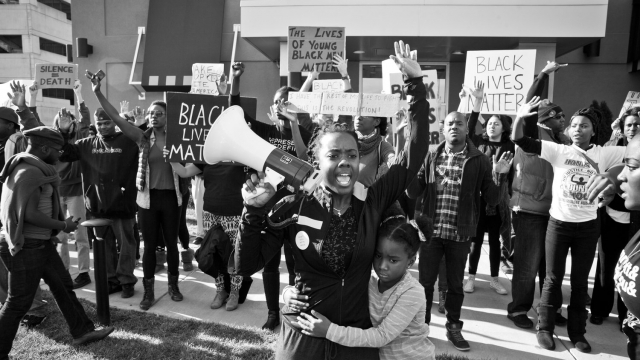 "That was what brought me to Ferguson in the first place. I was seeing something play out in the media that I knew was not totally true," Sabaah Folayan said.

Sabaah Folayan and Damon Davis co-directed "Whose Streets?" — a documentary about what really happened after 18-year-old Michael Brown was shot dead by police in Ferguson, Missouri, in 2014.

"I knew intuitively that there was something else there, and that's what brought me to Ferguson. It was really important to me and to Damon not only that we tell the story of what did happen, but that we let people know that the narrative they were initially given was not the whole story," Folayan said.

They said they wanted the film to correct the media narrative about Ferguson and some of its protesters.

"Another big misconception about Ferguson, about black people in general, is that we're not patriots. I think we're some of the most patriotic people that are here, because we have had to," Folayan said.

"I think a lot of people saw that anger and saw those young people and saw that upside down flag and said, 'Those are people who don't love America.' Well, no — it's actually the opposite. When you love someone, you hold them accountable to be their best self," Folayan said. 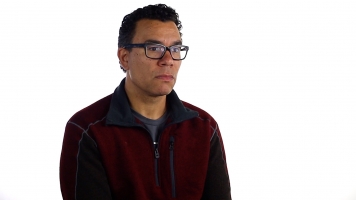 "Whose Streets?" explores the fraught relationship communities of color have with the police and why building trust can be so difficult.

Davis says there's a chance that change can happen and communities like Ferguson can start to heal in the future.

"Maybe if we start now, there will be a generation of children that get to grow up in a world where they actually trust police," Davis said

The directors want their film to inspire changes in attitudes and activism.

"I want them to walk out saying, 'I'm ready to act,'" Folayan said.