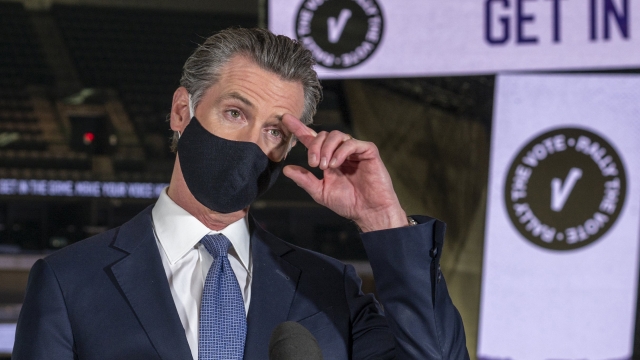 Now that Kamala Harris has been elected vice president, jockeying to fill her soon-to-be vacant Senate seat has kicked into high gear. But the question of who gets Harris' job will ultimately be decided by one man: Gavin Newsom, the governor of California.

Whoever succeeds Harris will serve the final two years of her term, and Newsom is under pressure to appoint a Latino to the post.

Latinos make up 40% of California's population, but the state has never had a Latino in the Senate.

Some advocates are pushing for California Secretary of State Alex Padilla, with one Democratic super PAC launching a  “Pick Padilla” campaign. Bold PAC, the political arm of the Congressional Hispanic Caucus, has also rallied behind Padilla.

Sources tell Newsy Congressional Hispanic Caucus members believe Padilla's past successes in statewide political contests and his efforts to mobilize Latino voters makes him best able to defend the seat in two years, when Harris’ term is up.

Others believed to be under consideration are Xavier Becerra, California's attorney general; Rep. Karen Bass of Los Angeles; Rep. Barbara Lee of Oakland; and Rep. Ro Khanna of San Jose.

Newsom said the timing of his selection would be coordinated with Harris, but so far, he has no deadline.