Who Were The Black Panthers? It's Complicated 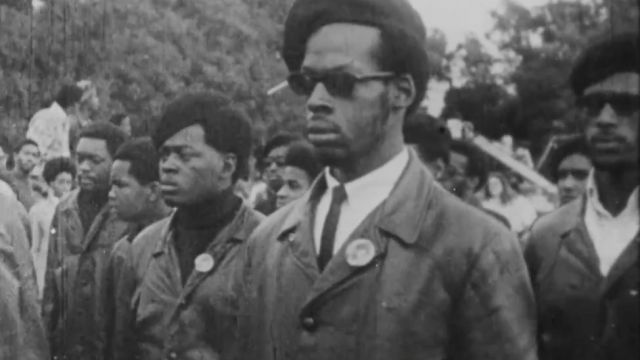 If you're wondering just how divisive the Black Panthers were and still are as an organization, look no further than Super Bowl 50. Beyonce's background dancers merely dressed up as members of the revolutionary group and have managed to capture the nation's outrage and admiration.

So is the Black Panther Party to be praised or shunned?

"The biggest misconception about the Black Panthers is they were these anti-white, gun-toting, mostly male, militant black people. ... These were young people, and they were really trying to make a change." Director Stanley Nelson said of the Black Panther Party.

The Black Panthers were founded in Oakland, California, in 1966 and upon their founding had a relatively simple goal — stop police brutality. One of their practices in order to stop police violence was police patrols. Members, citing open-carry gun laws, carried loaded guns while following police cars around black neighborhoods.

"No one would do anything until a policeman ejected a round in the chamber, then we would all eject rounds in the chamber. All up and down the street you could hear this clackety-clack" a former Black Panther member told the New York Times.

The goals eventually expanded into the group's 10-point program, which, along with ending police brutality, called for more employment opportunities, an end to housing discrimination and more minority representation in jury trials.

This defiance in the face of law enforcement continued to escalate and it eventually grew deadly, leaving casualties and blame on both sides.

"I am not standing for violence but I do stand for self-defense," Huey P. Newton said.

Even Panthers co-founder Huey P. Newton was convicted of voluntary manslaughter charges in the death of Oakland police officer John Frey, though Newton's conviction was eventually thrown out.

On the other hand, Panthers members did suffer at the hands of police. Fred Hampton and Mark Clark were both killed during a raid by the FBI and the Chicago Police Department. It was determined in a federal investigation that only one shot was fired by the Panthers while the other 80 to 90 shots were fired by police.

The city of Chicago, Cook County and the federal government eventually paid a $1.85 million settlement to the mothers of Clark and Hampton in relation to the raid.

But the shining achievement of the Panthers had nothing to do with its tumultuous back and forth with the police.

"Children that didn't have a good breakfast in the morning were less attentive in school, less inclined to do well ...  we just simply took that information and a breakfast program was developed for children," Black Panther member David Lemieux told PBS.

One could even argue the program was the inspiration for the USDA's current school breakfast program that serves more than 13 million kids every school day.

The breakfast program was one of more than 60 different community outreach programs aimed at improving the black community.

So who were the Black Panthers? Well, for those community members, the Panthers' legacy is mostly a positive one. But to the families of law enforcement, this same organization was essentially a terror group. Like most organizations pushing for change, they were complicated.