WHO Says More Research Is Needed On Microplastics In Drinking Water 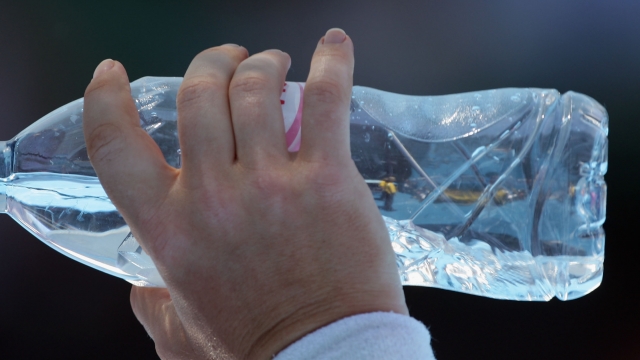 Very small pieces of plastic — otherwise known as microplastics — can be found pretty much everywhere, from the food we eat to the air we breathe.

But experts aren't exactly sure how those tiny particles impact human health.

A newly published report from the World Health Organization dove into the potential health impact of microplastics in one particular area: drinking water.

Recent studies have determined that microplastics are present in treated tap and bottled water, which raised concerns in the medical community and prompted WHO to take a closer look at the issue.

Based on the limited information researchers were able to get their hands on, microplastics in drinking water don't appear to pose a health risk at their current levels. But WHO says more research is needed to draw a firm conclusion.

But regardless of whether there are any health risks associated with microplastics in drinking water, WHO says reducing plastic pollution is vital to protecting the environment and the wellbeing of humans around the world.