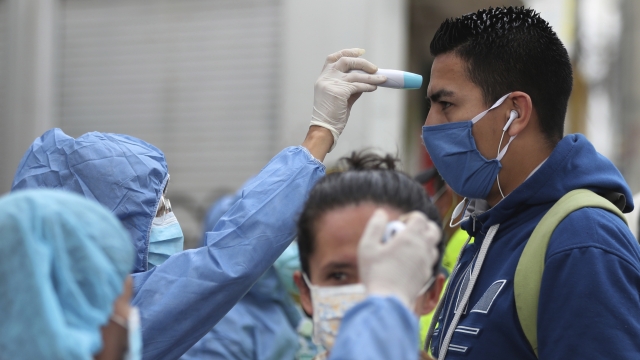 SMS
WHO Warns Of 'Global Shortfall' Of 6 Million Nurses
By Bailey Vogt
By Bailey Vogt
April 7, 2020
The study also found over 80% of the nurses globally care for 50% of the world's population.
SHOW TRANSCRIPT

The World Health Organization is calling for the creation of at least 6 million nursing jobs worldwide after its study predicted a "global shortfall" of nurses by 2030.

The organization found that the current workforce of roughly 28 million nurses won't be enough to handle the growing world population. Despite the number of nurses rising by nearly 5 million from 2013 to 2018, it's still 5.9 million short from keeping up with demand. Retirement is also a concern, as 1 in 6 nurses are expected to leave the workforce in the next 10 years.

The study — conducted in partnership with the International Council of Nurses and Nursing Now — also found over 80% of the nurses globally care for 50% of the world's population.

The study found the areas with the greatest need for nurses were lower-income countries in Southeast Asia, Eastern Europe, areas of Latin America and Africa.

The organizations recommend schools increase graduating classes by 8% per year to prevent the shortfall.

The study was released as nurses around the world handle the coronavirus pandemic — putting health professionals at risk as they care for the higher number of patients.