Who T-Mobile, Sprint Have To Satisfy To Finish Their Merger 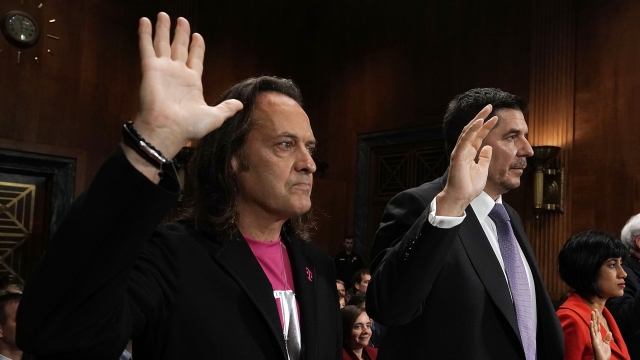 SMS
Who T-Mobile, Sprint Have To Satisfy To Finish Their Merger
By Tyler Adkisson
By Tyler Adkisson
February 14, 2019
T-Mobile and Sprint have hired former FCC chairs to consult them on how to push this merger past final stages. They say it rests in the hands of 5G.
SHOW TRANSCRIPT

T-Mobile and Sprint have spent years proposing a merger so they can stay competitive with much larger rivals AT&T and Verizon. Government and public interest groups have repeatedly shot it down over competition concerns, but with 5G on the horizon, these companies are once again trying to sell regulators on their joining forces.

T-Mobile and Sprint frame their merger as necessary for the U.S. to win the 5G race. They say a merger would "supercharge" the process and give them more room to build high-quality networks in under-serviced areas. The U.S. is in a third-place position behind South Korea and China in building those networks, but for now the competition is still close. Whoever deploys 5G first is expected to reap $500 billion in GDP growth, and add an estimated 3 million jobs.

That might be good for the future of 5G, but public interest groups say it may come at the expense of individual consumers. Matt Wood is vice president of policy and general counsel at Free Press, a group opposing the merger. He told Politico: “It's hard to see how this deal's impacts — decreasing choices and raising prices, all to build networks that the companies are already building — would do anything but widen the digital divide rather than close it.” 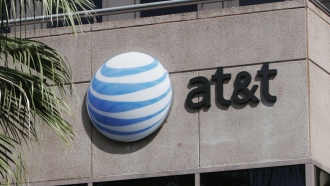 Politicians seem to be skeptical that a merger is necessary for 5G, too. In a recent letter, Democratic Senators on the Commerce Committee asked for a review of the companies' claims. They said they came despite "previous individual assertions by each company made prior to the merger boasting of their own progress building towards 5G.”

In the meantime, T-Mobile and Sprint have hired former FCC officials to help them make their pitch. At the start of February, for example, T-mobile hired former Democratic FCC Commissioner Mignon Clyburn, who had opposed AT&T's failed 2011 bid for T-Mobile. At the time, Clyburn said she didn't believe the merger served the public interest. This time around, she's arguing that the merger will help provide more coverage to underserved communities.