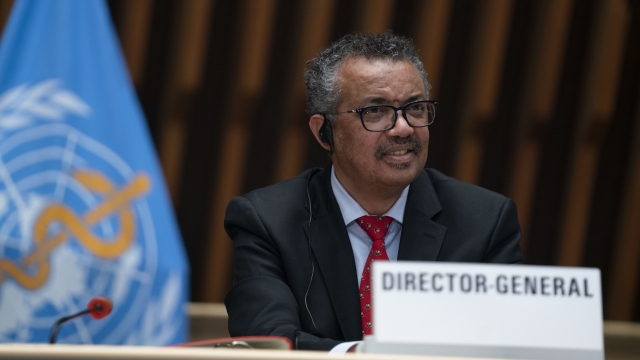 The World Health Organization said it's going to temporarily suspend testing on hydroxychloroquine as a potential coronavirus treatment because of safety concerns. The WHO made the announcement during a news briefing on Monday.

"The Executive Group has implemented a temporary pause of the hydroxychloroquine arm within the Solidarity Trial while the safety data is reviewed by the Data Safety Monitoring Board," WHO Director-General Tedros Adhanom Ghebreyesus said. "The other arms of the trial are continuing."

The decision comes shortly after a large study found increased risk of heart problems and death in COVID-19 patients who received chloroquine and hydroxychloroquine.

President Donald Trump has repeatedly touted the anti-malarial drug as a potential treatment for COVID-19. He's even revealed that he was taking it to prevent COVID-19.

WHO officials said it would stop testing hydroxychloroquine for a week or two while the board reviews the data to decide if it's safe to keep going. Chloroquine is not part of the trial.