Who Should Pay To Fix The Climate: Developed or Developing Nations? 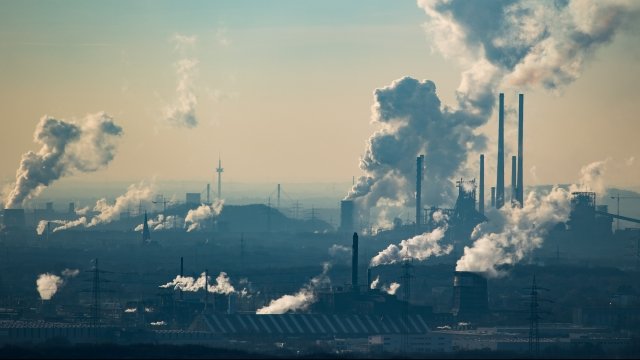 SMS
Who Should Pay To Fix The Climate: Developed or Developing Nations?

By Tyler Adkisson
December 4, 2018
At COP24, countries make their case about who should foot the bill for the astronomical costs of climate change.
SHOW TRANSCRIPT

Representatives from 197 nations are at COP24 to create a rule book on how to control greenhouse gases, and one thing they still have to settle on is how to pay for that effort. Developing nations are using the meeting to make their case: if industrialized, rich nations are serious about fixing the climate, they need to follow through with their funding promises.

The Paris Agreement is supposed to split the potentially huge costs of fixing climate change mostly proportionally. Price tags would be based on a country's "historical emission rates and economic power." Then, as part of the agreement, developed nations like the U.S. pledged to provide $100 billion a year by 2020 to developing countries so they could do more to fight the problem.

But developing nations say their rich counterparts aren't doing what they said they would. For instance, the U.S. used to be a leading contributor to the Green Climate Fund, but it's stopped paying into it. That fund is now $20 billion short and could dry out quickly. New funding proposals may let rich countries like Japan and Australia opt out of giving more cash to poorer neighbors if they've already paid into the fund. 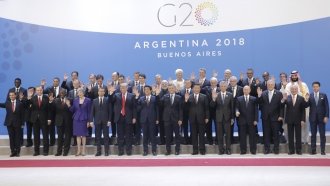 It's also not clear all this money will be enough to solve the root problem. Studies show to hit emission-reduction standards, countries would need to spend $40 per metric ton of CO2 by 2020. The current average carbon price in the 20 largest economies is only $16 per metric ton of CO2.