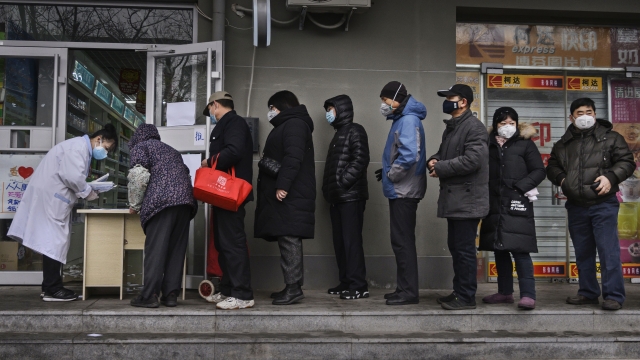 Health officials around the world are rushing to contain the spread of a new coronavirus, but the World Health Organization is stopping short of calling it a pandemic.

The first reports of the virus came from Wuhan, China, on Dec. 31. In the following five weeks, the number of cases spiked to more than 20,000. Nearly all the people infected are in China, but there are isolated cases in 24 other countries, including the U.S.

The WHO declared the outbreak a "public health emergency of international concern" on Jan. 30. Basically, that declaration is a warning flag to countries around the world, advising them to be vigilant and to help stop the spread of the disease.

The new coronavirus is also being called an epidemic, meaning there's an increased number of cases beyond what's expected or normal. The WHO says the virus hasn't reached the pandemic level, which would be the worldwide spread of a new disease.

The last global pandemic was the H1N1 flu that started in 2009. It's unclear exactly how many people were infected or killed by that virus because not all the suspected cases were confirmed with laboratory tests. But the CDC estimates between 151,000 and 575,000 people died from the H1N1 virus worldwide.

There are a lot of coronavirus strains, and symptoms can range from common cold symptoms to severe respiratory problems.

The strain discovered in China is new, but it's largely contained to one country. Health officials are actively studying it to help improve early detection and potentially develop a vaccine.