WHO Says Male Ebola Survivors Should Abstain From Sex 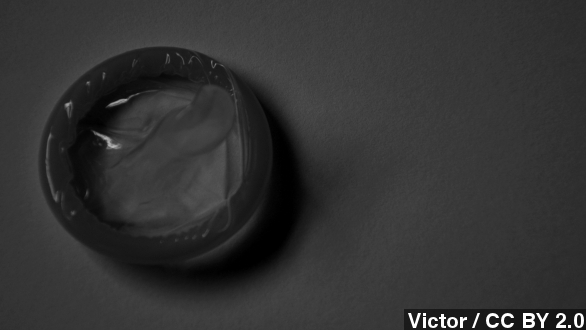 The World Health Organization, or WHO, is offering new advice for male survivors to prevent the spread of the Ebola virus: don't have sex.

In an article posted on its website, WHO recommends male survivors of Ebola to abstain from sex — or at least wear a condom — for at least three months after showing symptoms of the virus.

We know Ebola can be found in bodily fluids, like blood, vomit, feces or even semen. Although sexual transmission of Ebola hasn't been reported, WHO cites four studies that found the virus in semen up to 82 days after the onset of symptoms. WHO says the results as to whether semen with the virus is infectious are inconclusive.

This latest suggestion from WHO is just one of many efforts being made to stem the flow of the Ebola virus and help treat those infected. (Video via BBC)

Senegalese scientists have reportedly developed a 15-minute Ebola test, which can be used in room temperature and comes in a mobile solar-powered suitcase — two advantages over the current testing device. Researchers will begin testing the device in Guinea.

WHO said earlier in the week the virus had stabilized in Guinea, where French President Francois Hollande visited Friday. But the outbreak has been rapidly worsening in Sierra Leone. This headline from The New York Times describes the virus as "raging" within the stricken country. More than 1,800 new cases were reported within Sierra Leone in the month of November.

WHO reports more than 5,600 have died so far in this most recent West African Ebola outbreak.